Warning: Contains spoilers for all seasons of Game of Thrones.

We’ve still got far, far too much time to kill before Game of Thrones Season 7 kicks off, so what better way to fill the gaps between promos than with some good old fashioned Instagram stalking?

Gone are the days when an actor from the show might drop a clue on social media — or, even better, accidentally leak a script page — but the Instagram accounts of the show’s biggest stars are still a fun way of seeing what they get up to behind the scenes.

From Emilia Clarke’s dragon-themed puns to Isaac H. Wright’s poignant Hodor selfies, we’ve rounded up all the Thrones actors you can (and absolutely should) follow on Instagram. We’ve stuck to the ones whose characters are still alive in the show, just so the list isn’t too long.

Emilia Clarke’s Instagram feed is a bunch of fun. There are videos, filters, excitable selfies, and — best of all — plenty of behind-the-scenes photos whenever she’s filming Game of Thrones. You can see a roundup of some of her best posts here.

If it’s behind-the-scenes cast photos you’re after, Peter Dinklage is your man. His feed is packed full of smiley photos of the cast on set, at awards ceremonies, and just generally having a lovely time together.

Maisie Williams once crashed the Game of Thrones viewing party of a random group of students and documented the whole evening on Instagram. If that’s not a reason to follow her, we don’t know what is.

Carice van Houten’s Instagram is a mish-mash of selfies, posts about Game of Thrones, and an adorable photo diary of daily outfits for her baby.

As well as candid shots of Ryan Gosling, Sophie Turner’s Instagram also features her dog (which looks impressively like a Direwolf) and plenty of photos with her BFF Maisie Williams.

Again, there plenty of dog photos on Nathalie Emmanuel’s feed (and some photos with her fellow Game of Thrones cast, too, for good measure).

Okay, so there’s not exactly loads of content on Nikolaj Coster-Waldau Instagram (he’s got 32 posts at the time of writing), but any photo of Jamie Lannister is a photo worth looking at, right?

Alfie Allen’s Instagram is a varied bag: there are holiday snaps, photos of sports, and — every now and then — some gleeful pictures of him posing with his fellow co-stars.

You remember Gendry, right? Admittedly he hasn’t been in the show since Season 3, but there’s no reason to think he’s dead (and he was spotted at Belfast Airport last September, which means there’s a decent chance he’ll finally be back for Season 7). If you follow Joe Dempsie now, you’ll be ahead of the curve for his big return in a couple of months.

As well as starring in Game of Thrones, Hafþór Júlíus Björnsson is also the world’s second strongest man (he’s 6 ft 9 and weighs over 450 lbs). If you want to find out about his mind-boggling diet or simply look at photos of him lifting heavy stuff, his Instagram is the perfect place.

Podrick Payne may be fairly shy and innocent-looking in Game of Thrones, but the man behind the character is a bearded badass, with more pictures of himself wearing cool sunglasses than you can shake a sword at.

Pretty much worth following for the beard alone.

Her account is run by her agent and she only has three photos up so far, but we’re willing to bet that’ll all change when the next season hits this summer.

Finally, it’s worth mentioning that Lena Headey also has a very strong Instagram game, but seeing as she hasn’t made her pictures embeddable you’ll just have to take a look for yourself.

Cannabis Business: The Evolution of an Industry

Here’s Why Luxury Cars are so common in the UAE 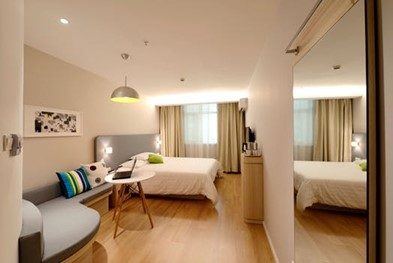 12 Things to Look For in an Airbnb Property Manager

Succeeding as a Freelance Photographer in Dubai