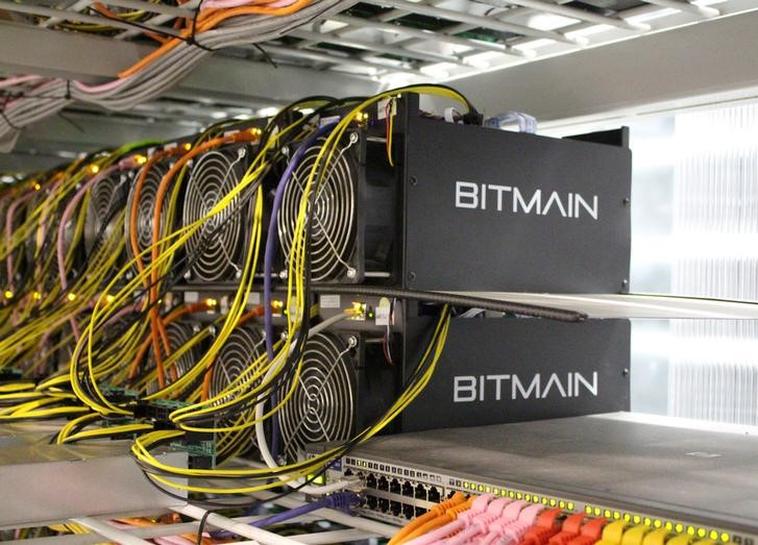 KEFLAVIK, Iceland Marco Streng is a miner, though he does not carry a pick around his base in south-western Iceland. Instead, he keeps tens of thousands of computers running 24 hours a day in fierce competition with others across the globe to earn bitcoins.

In the world of the web-based digital currency, it is not central banks that add new money to the system, but rather computers like Streng’s which are awarded fresh bitcoins in return for processing blocks of the latest bitcoin transactions.

Bitcoin can be used to send money instantly around the world, using individual bitcoin addresses, free of charge with no need for third party checks, and is accepted by several major online retailers.

The work Streng’s computers and others do serves two purposes: they record and verify the roughly 225,000 daily bitcoin transactions and – because they earn new bitcoins for the work they do – steadily increase the currency in circulation, currently worth around $10 billion.

The process has come to be known as “mining” because it is slow and intensive, reaping a gradual reward in the same way that minerals such as gold are mined from the ground.

But on Saturday, the reward for miners will be slashed in half. Written into bitcoin’s code when it was invented in 2008 was a rule dictating that the prize would be halved every four years, in a step designed to keep a lid on bitcoin inflation.

That means only the mining companies with the leanest operations will survive the ensuing profit hit.

“The most important thing is to be the most efficient miner,” said Streng, the 26-year-old co-founder of German firm Genesis Mining, which has “mining farms” in Canada, the United States and eastern Europe, as well as in Iceland. “When the others drop out, that means that they leave the market and give you a bigger share of the pie.”

The currency was founded eight years ago by a person or group using the name Satoshi Nakamoto, whose real identity has not been established. It was set up to operate independently of any single authority, instead relying on a decentralised global network.

Because the bitcoin miners operate autonomously, it is hard to track their numbers and size. But in terms of computing capacity it was estimated earlier this year that the network is 43,000 times more powerful than the world’s top 500 supercomputers combined.

Computers like Streng’s solve complex, automatically generated mathematical puzzles to help secure each block of transactions and keep the bitcoin network safe from hacking or manipulation. For bitcoin users, that security is one of the currency’s main attractions.

After the first miner secures a block of transactions, its work is verified by the other miners in the network, and that block is added to the “blockchain” – a shared record of all the transaction data – which is virtually impossible to tamper with. The mining, therefore, keeps the whole system going.

The speed and anonymity of bitcoin transactions, and lack of a central authority overseeing the currency, has drawn in many users, including those who want to get around capital controls. It has also attracted investors who see it as a potentially lucrative commodity in itself.

Bitcoin mining started out as a hobby for tech geeks using their home computers in the early years of the virtual currency, but has become more specialised as bitcoin usage expands.

As the bitcoin price has risen, as transaction numbers have grown and as the computers have become so specialised that they can only perform the function of bitcoin mining, a whole industry has emerged.

It can be profitable if firms are able to keep their expenses low. But the costs of running these machines, which cost around $1,800 each, and keeping them cool are fiendishly high.

Streng reckons that, on average, it costs about $200 in electricity, including cooling power, to mine one bitcoin. Equipment, rent, wages and business running costs are on top.

On Saturday, all else being equal, the halving of the reward will double that cost, to $400, leaving a small margin for profit at the current exchange rate of around $640 per bitcoin.

In the same remote region of Iceland as the Genesis mining farm, on a former Cold War U.S. military base lies a bitcoin mining facility belonging to U.S. firm Bitfury. A nearby sub-station means electricity transmission costs are minimal.

In the farm’s two vast buildings, tens of thousands of mining machines whir away, producing a huge amount of heat, so the buildings are open to the cold Icelandic air at either side, save for particle filters to trap dust.

Fans in the ceiling allow hot air to escape, but spin so fast that no rain or snow can enter during the winter. The noise produced by computers and fans is deafening.

It is no coincidence that so many mining companies have chosen to build farms in Iceland – Chinese giant Bitmain also has a huge farm there. The volcanic island’s cheap, bountiful, renewable energy supply, good internet connectivity, and cool temperatures make it an ideal location.

The Icelandic authorities welcome the boost to the economy that the bitcoin miners have brought — Bitmain opened its farm after an approach by the Icelandic embassy in Beijing. Genesis’s Streng says he is such a valued client that the Icelandic energy companies fly him around in helicopters.

Bitfury CEO Valery Vavilov, who estimates electricity makes up between 90 and 95 percent of bitcoin mining costs, says one way his firm stays competitive is by making its own hardware.

He also says the company, founded in 2011, is prepared for the mining reward cut. “We’re prepared – we already went through one halving event in 2012,” he said. “You can forecast this…so you have time to prepare, and if you’re prepared you can live quite easily.”

Vavilov, and other miners, say the prospect of new supply halving has already helped drive bitcoin up over 50 percent this year, which should help ease the pain.

Despite the fact that the halving was expected, and that the price has risen, it has already claimed one casualty: Sweden’s KnCMiner filed for bankruptcy at the end of May, citing the hit to its profits that the reward cut would bring.

Daniel Masters, who runs a Jersey-based bitcoin hedge fund and who bought a part of KnC’s business, said the Swedish firm, like everybody else, had faced competition from miners in China, which are estimated to make up more than two-thirds of the bitcoin network’s computing power, or “hashpower”.

“It turned out that the Chinese, who really stormed into the mining market in the last couple of years, could just do this whole thing cheaper,” Masters said.

Some Chinese miners get hydroelectric power from disused dams, while others use cheap coal-powered electricity.

Bitfury and Genesis, though, say their lean operations allow them to fight off the competition. Genesis, for example, keeps cost down by remotely monitoring conditions in its mining farms and adjusting its fans and cooling accordingly.

And the next time the mining reward is halved, in 2020, they hope the number of bitcoin transactions will have grown sufficiently to mean that the small fees paid by users will make up enough of their income to smooth out the profit cut.

“By 2020 we will definitely have had the tipping point,” said Bitfury’s Vavilov.

Japan's Line prices IPO at top of the range, may raise up to $1.3 billion