The Caribbean island of Grenada has opened a Consulate in Dubai, United Arab Emirates, to further develop economic, cultural and scientific ties between the two countries. The Consul General said she was delighted to be opening Grenada’s first Consulate in the Middle East.

“It is a pleasure to be representing Grenada in the UAE,” said Rose-Ann Benjamin, Grenada’s Consul General. “I’d like to thank the Government of the UAE for this opportunity and the warm welcome I have received. My Government is serious and committed to strengthening the relations between the two countries.” 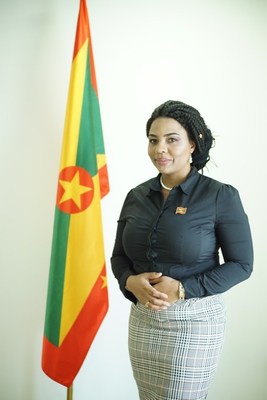 Grenada is an English-speaking island in the Eastern Caribbean, with a population of approximately 120,000 and 348 square kilometers in size. It is the world’s second largest producer of nutmeg.

Grenada has been a friend of the UAE since its creation, and the recipient of numerous generous grants from the Government of the UAE, including funds aimed at rebuilding Grenada’s Parliament building.

Grenada has one of the fastest-growing economies in the region, averaging 5 per cent growth since 2013. The economy is powered mainly by tourism, agriculture, St. George’s University School of Medicine, and investment from both local and foreign investors, particularly via the country’s respected Citizenship-by-Investment program.

Grenada’s Consulate in Dubai aims to bolster the country’s Citizenship-by-Investment program, working actively to promote it to potential investors and its many benefits for family members and the peace of mind that comes with convenient global mobility.

For developers, the new consulate will foster ties between the Middle East and Grenada while providing invaluable, quick, and convenient services to Grenada passport-holders not just in Dubai, but in the wider region. The process is fast, efficient, straightforward, and gives visa-free travel to over 130 destinations worldwide including the UK, the EU Schengen States, China, Russia, Brazil, Hong Kong, Singapore. Citizens can take advantage of the US E2 visa, which allows them to live and work in the United States.

The Grenada consulate commends the UAE for its strong support for the development of robust sustainable development goals post-2015. Grenada also applauds the UAE for hosting the Headquarters of the International Renewable Energy Agency and championing the thrust to renewables in Small Island Development States. Renewable energy is also a priority for the Government of Grenada as the high prices of energy have such negative effects on the economy. Grenada sees the UAE as an important development partner and welcomes the idea of deeper cooperation in areas of mutual interest.