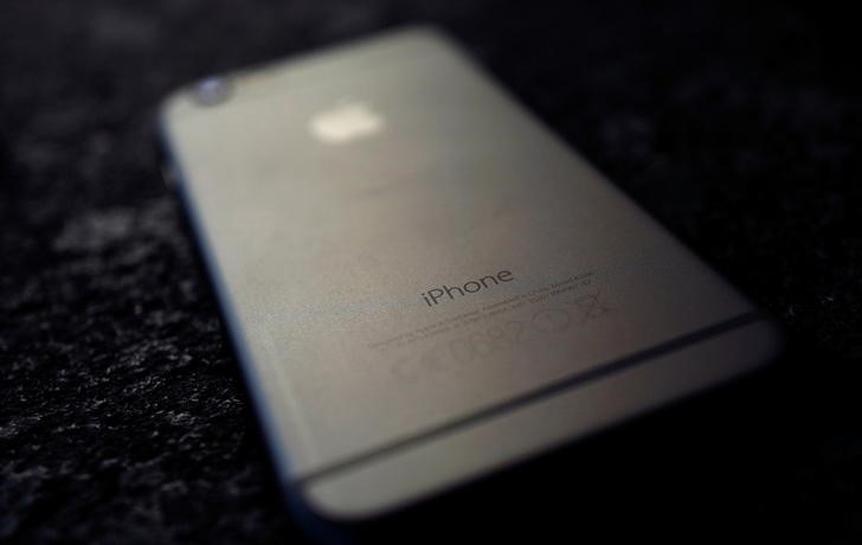 Details are pictured on the backside of an Apple Iphone 6 on a table in a restaurant in Hanau, Germany, April 10, 2016.

NEW YORK The U.S. Justice Department on Friday dropped its effort to force Apple Inc (AAPL.O) to help unlock an iPhone in a drug case in New York after someone provided authorities the passcode to access the device.

In a letter filed in federal court in Brooklyn, New York, prosecutors said that investigators late on Thursday used that passcode to access the iPhone at issue, and as a result “no longer needs Apple’s assistance.”

The letter marked a sudden end to a closely watched case, in which the Justice Department had been appealing a ruling by a federal magistrate judge holding that he could not force Apple to assist authorities.

The case gained further significance after prosecutors in March dropped a similar effort to force Apple to help access an iPhone used by one of the shooters in December’s San Bernardino killings, after a third party provided a way to crack it.

Justice Department spokeswoman Emily Pierce said the cases have “never been about setting a court precedent; they are about law enforcement’s ability and need to access evidence on devices pursuant to lawful court orders and search warrants.”

An Apple spokesman declined comment. Previously, the company had argued in court that prosecutors had not provided any evidence to bolster their claim that they had exhausted other methods to get data from the phone. Apple said it was not even clear that they had asked the suspect and his associates.

Though officials said the passcode had just come to light, the development marks the second time the federal government has dropped a contentious fight over the extent of its power over private companies after Apple pressed it to say what methods it had tried.

Prosecutors had been challenging a Feb. 29 ruling by U.S. Magistrate Judge James Orenstein holding he did not have the authority to order Apple to disable the security of an iPhone seized in a drug probe.

The case predated the government effort to force Apple to help access the phone of Rizwan Farook, one of the two killers in the San Bernardino massacre, which left 14 people dead and 22 wounded.

While the Justice Department dropped that bid after a third party provided a way to access the San Bernardino phone – apparently for more than $1 million – it continued appealing Orenstein’s ruling.

FBI Director James Comey has said that the method used on the San Bernardino iPhone 5c would not work on other models, including the iPhone 5s, the type in the Brooklyn case.

The phone belonged to Jun Feng, who has pleaded guilty to participation in a methamphetamine distribution conspiracy, which prosecutors are continuing to investigate.

Unlike the phone used in San Bernardino, Feng’s phone had an older operating system, iOS 7, which is not protected under the same encryption technology, which is why Apple could access it.

Apple has some 70 times before the Brooklyn case emerged helped authorities access data on iPhones, according to court filings.

The company changed its stance last year after the New York magistrate invited them to argue whether the Justice Department was stretching the more than 200-year-old and very general All Writs Act, which compels help executing warrants, to include more active assistance.

Apple said prosecutors were going too far, especially since Congress had more recently limited what communications providers could be compelled to do.

Magistrate Orenstein agreed. Though prosecutors have continued to push for mandated cooperation, in many cases under seal, Apple has been objecting and appealing.

The New York case has drawn less attention than the one in California, but the fact that a ruling favorable to Apple has been allowed to stand gives it more significance going forward.

While the FBI is continuing to fight in other courts, more attention has turned to a draft bill by leaders of the Senate Intelligence Committee that would force all manner of companies to turn over unencrypted data when served with a court order.

The majority of the technology industry bitterly opposes the measure, arguing that requiring back doors would make all communication more vulnerable to hackers and that U.S. citizens and companies would simply get their encryption from providers in other countries.