|Mark Ackerman| Automation has the ability to transform society for the better. Every day I see the powerful impact it can have, revolutionising the way business and everyday tasks are done, saving time, money and delivering game-changing economics. It will increase productivity, which is essential for future growth and prosperity. It will also see the end of employees spending time on mundane, repetitive tasks, instead freeing up time to engage in more meaningful and enjoyable strategic or creative work.

Whether it’s a new report warning of the risks to employment or one saying exactly the reverse, there is currently an almost daily dose of automation speculation in the news. Yet most of the discussion is focused on what is happening. To succeed in understanding the implications better, we don’t need to discuss the ‘what’; we need to be talking about the ‘how’. Automation is here, so how can we best prepare for the future?

As we head in to 2018, to ensure automation delivers on its huge potential, we need to lay the foundations for success. To that end, here are five “rules” — the beginning of an ‘Automation Manifesto’ — that I believe will lay the groundwork for a future where automation can be embraced, not feared.

Automation isn’t scary. Change can be. But like any change, if explained, managed and executed with care, it can be powerfully positive. Despite many studies showing that automation will create jobs, recent studies have suggested that employees still fear it. It’s important to remember that automation isn’t new. It’s been happening throughout history, and we wouldn’t have the modern world — from farming to transport and energy to entertainment — without it. It’s time for us to re-balance the debate around automation to reassure the wider public that done in the right way, automation can benefit us all.

Government, educators, businesses, and consumers all have a role to play in shaping the future of automation. Action in isolation will only help with some of the answers. I believe it’s necessary for Government and businesses, in particular, to show joint leadership, coming together to discuss and develop the policies, processes and practical guidance that will set the Middle East on the path to success. Where are the largest opportunities for our society and economy?

Technology is dramatically changing how we view and interact with the world. The development of skills however, is very challenged to keep up. By and large, education curriculums around the world need to develop alongside industry. There are some examples of countries getting it right in early education. In Vietnam, computer science lessons begin at age seven. By age ten, students learn coding. Skills are so advanced that a visiting Google engineer found kids in Grade 11 (16-17 years old) would have passed the notoriously hard Google interview process. With coding increasingly important in virtually all areas of employment, we need to be moving to a model where everyone entering the world of work has at least basic coding competencies. Doing so has the potential to transform industries that many see as ‘at risk’ from automation.

Take manufacturing — technology enabled advanced manufacturing, powered by AI and automation, allows companies to build more, better quality products, at lower cost. We are already seeing manufacturers shift their workforce from the assembly line to developer roles, leading to increased outputs and staff numbers, and allowing the ‘reshoring’ of jobs that would otherwise be outsourced overseas.

It’s not only the youth who need to be educated differently so they are set for success in an automated world. Businesses also have an important role to play in re-educating and retraining all areas of the workforce. Many companies are already reskilling employees to better interact with digital labour. Large companies should consider spending a percentage of turnover on retraining programs in areas where we know automation is likely to have a larger impact, such as logistics, retail, and repetitive clerical work.

Increasing research and development spending will also be crucial: currently, about 5 per cent of companies undertake 54 per cent of industry’s R&D spending. For automation to succeed, this needs to change, and fast.

Emotional intelligence (EI) plays a role in everything. People skills are already incredibly important, but will be in even higher demand in the future. Any job that benefits from the EI, that only humans can provide, will be in high demand. We need to look at ways to educate for empathy, so that the workforce of tomorrow will have the soft skills to thrive in the future. The same is true of creativity.

Machines will not be able to replace the innate human ability to create. It’s possible AI will be able to develop creative ideas, but humans will still be in charge of most creative industries. While Science, Technology, Engineering and Mathematics (STEM) subjects will be important, we must not forget than in an automated world, creativity will be essential.

These five rules for automation will not provide all the answers, and they won’t cover everything. They are intended as a starting point, a call-to-arms to organisations to come together to begin this journey. Automation is already happening, and it won’t stop. But it can deliver in a way that works for everyone, with careful planning, co-operation and considered thinking. A new year is always a good time to make resolutions, so let’s start this journey together. (The author is Regional Director, MESAT & EE, ServiceNow)

OPPOHack 2022 Launching in May Calls for Global Tech Talents 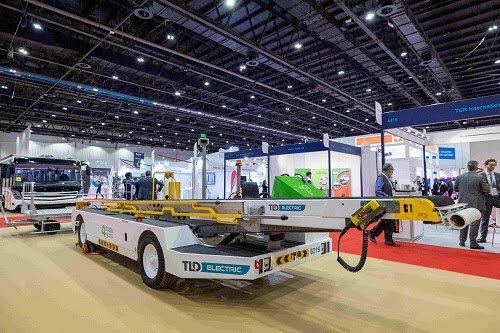 dnata to replace all vehicles with EV