BP today announced that it has started gas production from the first two fields, Taurus and Libra, of the West Nile Delta development in Egypt. The project was delivered eight months ahead of start-up schedule and under budget. First gas was exported to Egypt’s national grid on 24 March 2017 and the commissioning of all nine wells of the development’s first two fields and ramp up to stable operations has now been completed.

The West Nile Delta development, which includes five gas fields across the North Alexandria and West Mediterranean Deepwater offshore concession blocks, is being developed as two separate projects to enable BP and its partners to accelerate gas production commitments to Egypt. When fully onstream in 2019, combined production from both projects is expected to reach up to almost 1.5 billion cubic feet a day (bcf/d), equivalent to about 30 per cent of Egypt’s current gas production. All the gas produced will be fed into the national gas grid.

Following final approval in 2015, development of the first project, involving the Taurus and Libra fields, was fast-tracked to enable delivery of an annual average of more than 600 million standard cubic feet of gas a day (mmscf/d) to the Egyptian national gas grid.  The fields are currently producing more than 700mmscf/d sales gas and 1000 barrels per day (bbls/d) condensate which is 20% higher than the planned sales gas plateau.

The Taurus and Libra project is a subsea greenfield development including nine wells (six in Taurus and three in Libra) and a 42 kilometre tie back to the existing onshore processing facility where gas enters the Egyptian national gas grid via a nearby export pipeline.

Bob Dudley, BP group chief executive, said: “West Nile Delta is a strategic national project that will add significant gas production to the Egyptian market and is another example of BP’s commitment to Egypt. Our continuing investments in the country, including West Nile Delta, Atoll and our recent investment in Zohr, are laying the foundations for growth for BP in Egypt well into the future.

“It is also another important step in BP’s growing production from high-quality new projects – in total, the West Nile Delta project will account for around a quarter of the new production we expect by 2020. Coupled with the series of important agreements that BP has recently made around the world, the continuing start-ups of these projects demonstrate momentum and a return to growth across BP.”

Commenting on the project, Hesham Mekawi, BP North Africa regional president said: “We are proud to announce the early start-up of West Nile Delta as it demonstrates BP’s ongoing commitment to help meet Egypt’s growth in local energy demand with the Ministry of Petroleum and our partners. West Nile Delta is a key part of BP’s growth strategy in Egypt, which is to build on our strong resource position and existing infrastructure to more than triple our current production to Egypt by 2020. Our plan is to progress our other discovered resources and to continue our exploration program and follow-on, allowing us to maintain our production to 2030 and beyond.”

Mekawi added, “Thanks to a clear focus on efficiency and capturing market deflation, this complex project has been delivered with lower capital levels compared to project sanction.  We are also proudly investing in sustainable local community development projects, maximizing local content and creating thousands of jobs for Egyptians.”

The second West Nile Delta project, involving development of the Giza, Fayoum and Raven fields, is currently ahead of schedule and below budget. The project will involve twelve wells and two deep-water long distance subsea tie-backs to the shore. Fluids will be processed through an onshore plant modified for Giza and Fayoum and integrated with a new adjacent onshore plant for Raven. Production from these fields is expected to start in 2019.

·         The West Nile Delta project is a strategic project for BP.  BP is the operator with 82.75 per cent equity in the project partnership; DEA Deutsche Erdoel AG holds the remaining 17.25% interest.

·         BP has a long and successful track record in Egypt stretching back almost 55 years with investments of approximately $30 billion, making BP one of the largest foreign investors in the country. In Egypt, BP’s business is primarily in oil and gas exploration and production. BP is working to meet Egypt’s domestic market growth by actively exploring in the Nile Delta and investing to add production from existing discoveries.

·         In addition, through joint ventures with EGPC/EGAS and IEOC (ENI), the Pharaonic Petroleum Company (PhPC) and Petrobel, BP currently produces close to 40% of Egypt’s total gas.

·         Another important project for BP is the Atoll Early Production Scheme (EPS). PhPC is the joint venture which is executing the Atoll EPS on behalf of BP.  The EPS develops a portion of the 1.5 trillion cubic feet of gas resources and 31 million barrels of condensate in place.  Production from Atoll EPS is expected to be around 0.3 billion cubic feet per day.  All the produced gas will be fed into the country’s national gas grid.

·         In early 2017, BP acquired from Eni a 10% stake in the Shorouk Concession which contains the giant Zohr gas field. BP has an option to purchase a further 5% interest in the concession.

·         BP is a 33% shareholder of a natural gas liquids (NGL) plant extracting LPG and propane, United Gas Derivatives Company (UGDC) in partnership with ENI/IEOC and GASCO (the Egyptian midstream gas distribution company). BP is also present in the downstream sector through Natural Gas Vehicles Company (NGVC, BP 40%) which was established in September 1995 as the first company in Africa and the Middle East to commercialize natural gas as an alternative fuel for vehicles.

In order to utilize the ‘safe harbor’ provisions of the United States Private Securities Litigation Reform Act of 1995 (the ‘PSLRA’), BP is providing the following cautionary statement. This press release contains certain forward-looking statements concerning BP’s plans and expectations with respect to the West Nile Delta development, including expectations that the development will be fully onstream in 2019, expectations that total production from the development will reach almost 1.5 billion cubic feet per day,  expectations that the development will account for a quarter of the new BP production by 2020 and expectations related to the development’s contribution to the Egyptian market; plans and expectations to bring online seven upstream projects with 500,000 barrels equivalent per day by the end of 2017; plans and expectations for new projects to add 800,000 barrels equivalent per day  by the end of the decade; plans and expectations to triple production in Egypt by 2020; plans and expectations that BP will continue exploration in the West Nile Delta and maintain production to 2030 and beyond; plans and expectations with respect to the Giza, Fayoum and Raven fields, including the timing thereof; and expectations that the Atoll Early Production Scheme will produce around 0.3 billion cubic feet of gas per day.  Actual results may differ from those expressed in such statements, depending on a variety of factors including changes in public expectations and other changes to business conditions; the timing, quantum and nature of divestments; the receipt of relevant third-party and/or regulatory approvals; future levels of industry product supply; demand and pricing; OPEC quota restrictions; PSA effects; operational problems; regulatory or legal actions; economic and financial conditions generally or in various countries and regions; political stability and economic growth in relevant areas of the world; changes in laws and governmental regulations; exchange rate fluctuations; development and use of new technology; the success or otherwise of partnering; the actions of competitors, trading partners and others; natural disasters and adverse weather conditions; wars and acts of terrorism, cyber-attacks or sabotage; and other factors discussed under “Risk factors” in our Annual Report and Form 20-F 2016. This document contains references to non-proved resources and production outlooks based on non-proved resources that the SEC’s rules prohibit us from including in our filings with the SEC. U.S. investors are urged to consider closely the disclosures in our Form 20-F, SEC File No. 1-06262. This form is available on our website at www.bp.com . You can also obtain this form from the SEC by calling 1-800-SEC-0330 or by logging on to their website at www.sec.gov.

5 Online Casino Tips That Are Backed by Japan-101

India can have working relations with Taliban

How To Implement Lean In Your Organisation In 15 Steps 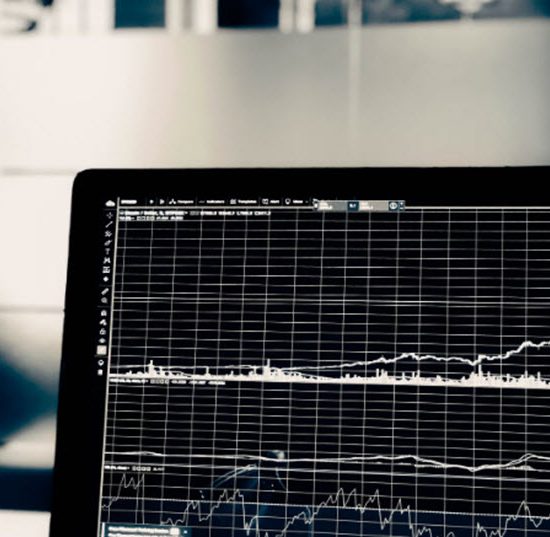 The Benefits of Listing on A Stock Exchange 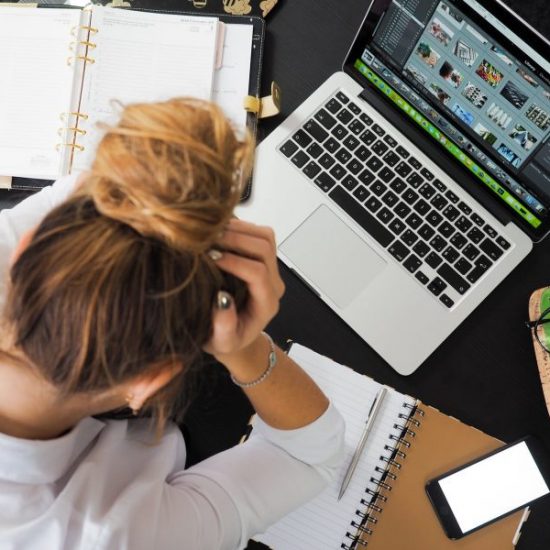 Is Something Wrong In Your Business? If So, How Can It Be Fixed? 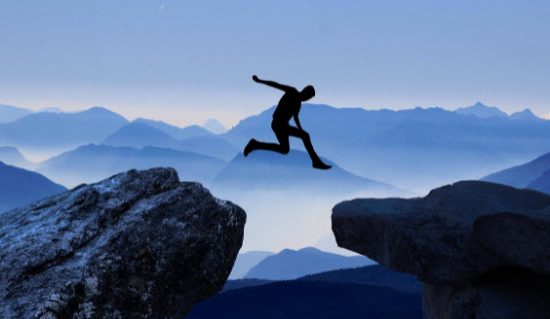 5 Ways To Improve Risk-Awareness in Your Company 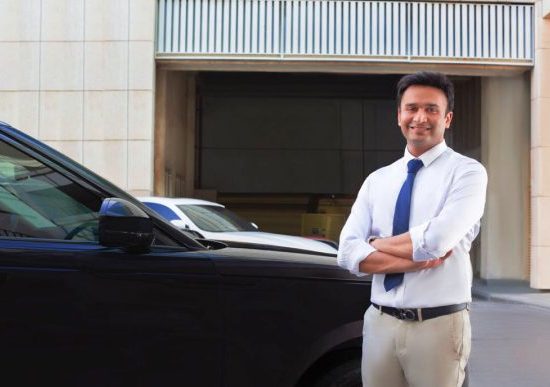