Insight – Landing with a bump? Germany's Rocket falls back to earth 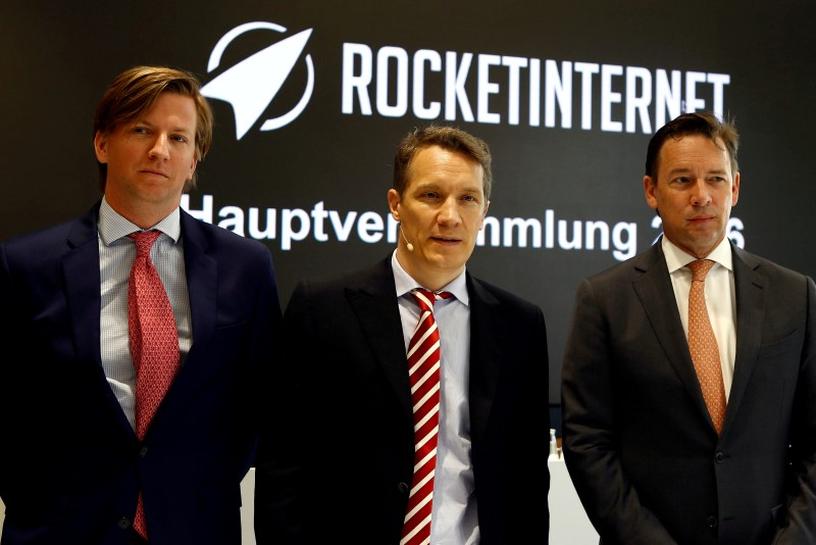 BERLIN/LAGOS When German e-commerce investor Rocket Internet launched Jumia in 2012 as a would-be African Amazon, it was optimistic that a rapidly expanding middle class would quickly shift from street markets to shopping online.

Four years on, falling sales for sites like Jumia and slower growth from Nigeria to Russia and Brazil is casting doubt on Rocket Internet’s ambition to become the world’s biggest Internet company outside the United States and China.

Jumia made a loss of 17 million euros (13.91 million pound) in the first three months of 2016 on sales that fell more than a third. The devaluation of Nigeria’s naira last week is a new blow for Jumia, which now operates in more than 20 countries in Africa. Revenue growth has also slowed at most of Rocket Internet’s other 11 leading start-ups, ranging from furniture e-commerce and food delivery in Europe to online fashion in markets from India to Latin America and the Middle East.

That is the consequence of Rocket’s shift to rein in spending on marketing and logistics as it seeks to stem losses which it said peaked at 1 billion euros in 2015.

As a result, shareholders have cast doubt on the valuation Rocket has put on its portfolio and questioned the strategy of sending business school graduates to set up 150 start-ups in more than 110 countries in just a few years.

“People have started to question whether the company portfolio is really as good as we first thought,” said a top 20 shareholder, who declined to be named as they expect to trade stock. “A lot of trust has been destroyed over the last 12 months.”

Founded in Berlin in 2007 by brothers Oliver, Alexander and Marc Samwer, Rocket Internet aims to replicate the business models of Amazon, China’s Alibaba and ride service Uber in new markets.

With few other tech companies listed in Europe, investors jumped at the opportunity to gain exposure to an array of fast-growing businesses when Rocket went public in 2014, pushing the stock up by more than 50 percent in the first few months.

However, the stock has been on a downward trajectory since peaking in February 2015 after it surprised investors with a new capital hike and shifted strategy to invest in the food delivery business in developed markets.

The latest share price tumble started in April when Sweden’s Kinnevik, Rocket’s second-biggest shareholder after the Samwer brothers, slashed the valuation for its emerging market fashion websites by two thirds.

That unsettled investors, especially after Kinnevik said its representatives were stepping down from the board, citing potential conflicts of interest over future investments.

Kinnevik, which has hedged its bets on Rocket in Africa by investing in Jumia’s main rival Konga, declined to comment for this article. It has said it will work closely with Rocket although it could review its stake in two or three years.

Martin Weber, a partner at venture capital firm Holtzbrinck, which has a 1.9 percent Rocket stake, says the company has struggled to provide enough information about its holdings.

“The stock market loves transparency. And that is not practically possible at Rocket,” Weber told Reuters. “Rocket needs to prove that it can get profitable companies on their feet.”

Samwer has admitted Rocket had initially done too little to communicate with investors after the firm went public, but he is not worried about the share price.

“We planted a lot of seeds and I believe in the next 24 months a lot of investors will see it the same way,” he told a Berlin tech conference this month.

He says the sale in April of Lazada – Rocket’s loss-making Amazon clone in Southeast Asia – for $1 billion to Alibaba underlines the logic of going into frontier markets before more established rivals.

Some investors are prepared to give him more time.

“We believe that the portfolio is worth a lot more,” said Ralph Dommermuth, chief executive of United Internet, Rocket’s third-biggest shareholder, even after he took a 157 million euro writedown on his firm’s Rocket stake in May.

“Among European investors in young Internet firms, Rocket Internet is the broadest and has the most experience in the sector.”

Rocket now has a market capitalisation of 3 billion euros, well below the 5.3 billion valuation it put on its portfolio at April 30, and only just above the 2.8 billion in cash held by Rocket and its operating companies as of March 31.

Most Internet start-ups burn cash in early years as they pour money into marketing, logistics and technology to pursue revenue growth above all else, hoping to move into the black once they reach scale.

That approach has worked for the likes of Amazon, Alibaba and European online fashion site Zalando.

Neil Campling, head of technology research at Northern Trust Capital Markets, who rates the stock a “sell”, doubts the Rocket businesses can replicate Amazon’s success because their markets are so underdeveloped and the cost of logistics so much higher.

“As soon as they reduce marketing, you see revenue growth decline substantially,” he said. “They haven’t got the scale.”

However, Samwer says Rocket has more than enough capital to fund its main start-ups until they turn profitable.

But Jumia Nigeria CEO Juliet Anammah believes the company can make a profit within three to five years. “Africa is a long-term play,” she said.

Samwer has now changed tack for his Amazon clones, shifting from buying and shipping their own stock – more suited to countries with well-established logistics – to providing a commission-based marketplace for third-party retailers, like Alibaba.

“You are tapping into the supply capacity that exists in the country. So you are not dependant exclusively on your working capital to source and bring in retail products,” Anammah said.

“The people are still there even if emerging markets are cold… They still have some money,” he said. “The offline to online shift continues.”

(This refiled version of the story amends attribution in paragraph 25).

Uber and Pandora partner to offer music to drivers