KAOHSIUNG, TAIWAN – Media OutReach – 7 January 2022 – The world’s second-largest international semiconductor convention, “SEMICON TAIWAN 2021,” was held at the Taipei Nangang Exhibition Hall. The 3-day exhibition ended today (December 30). Over 600 enterprises participated in the event, which attracted more than 40 thousand visitors. The Economic Development Bureau of Kaohsiung City Government hosted the “Invest Kaohsiung Pavilion,” which was the first-ever local government participation. With the recent investment boom in Kaohsiung, the effort has attracted interest from over 100 enterprises. The Ciaotou Science and Technology Park that just underwent the site selection and investment recruitment last week received the most inquiries regarding development progress, stationing conditions, tax concessions, etc. It appears that more large factories will be recruited to invest in the Kaohsiung team. 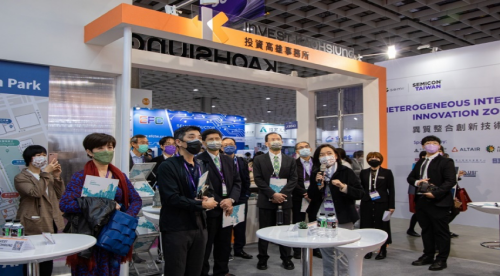 The Kaohsiung City Government’s “Invest Kaohsiung Pavilion” held non-stop events during the 3-day exhibition period. It first hosted a “surprise draw” to hand out prizes and attract visitors during the opening day. Then the pavilion successively arranged for Vice President Sunny Li of Kaohsiung’s packaging and testing leader ASE, Vice President Elton Tsang of major IC factory NXP Semiconductors, Professor Che-Hsin Lin of the Department of Mechanical and Electro-Mechanical Engineering (National Sun Yat-Sen University), and other industry and academic experts to share about the future investments in Kaohsiung’s industrial parks as well as the development of Kaohsiung’s semiconductor industry. These efforts have attracted large crowds.

The Economic Development Bureau pointed out that the walls of the “Invest Kaohsiung Pavilion” showcased the location distributions for Kaohsiung’s industries in science parks. It also exhibited the industrial chain clusters on the semiconductor S corridor, marked the indicator manufacturers stationed in each park, and showed the latest development layout for Kaohsiung’s semiconductor industry. Many vendors from Taichung were surprised that Kaohsiung has already formed semiconductor industry clusters and is considering early deployment. During the exhibition period, vendors in semiconductor wafer material, equipment and manufacturer, system integration, and other fields have made inquiries. Many well-known enterprises have also shown high interest in investing in Kaohsiung.

Tai-Hsiang Liao, Director of the Economic Development Bureau, indicated that foreign enterprises had already been stationed in the Nanzih Export Processing Zone to invest in the semiconductor industry. But at the time, Kaohsiung still focused on processing exports and heavy industry as its main industrial development. After taking office, Mayor Chi-Mai Chen has taken advantage of the Central Government’s “Greater South Plan” to deploy semiconductor industry development by actively recruiting investments and accelerating the science park developments in Ciaotou, Renwu, and the Asia New Bay Area.

Mr. Tai-Hsiang Liao indicated that the CPC Corp.’s oil refinery will be transformed into Nanzih Industrial Park to become a core semiconductor industry development zone, which will extend southward to Renwu, Linyuan, Xiaogang, and then connect to the Southern Taiwan Science Park to form the “S Corridor of Southern Semiconductor Industry.” This allows the semiconductor industry to create a complete supply chain from materials, IC design, wafer manufacturing, packaging, and testing. “Now is the best time to invest in Kaohsiung!”

Elton Tsang, Vice President of NXP Semiconductors, indicated that NXP Semiconductors has settled in Kaohsiung since 1967. The Kaohsiung plant has become one of the world’s key production bases from packaging and testing to quality inspection and product development. It will include automotive electronics, smart identification, and other industries in the future. We look forward to deepening the cooperation with the Kaohsiung City Government to stimulate the overall industry.

Professor Che-Hsin Lin of the Department of Mechanical and Electro-Mechanical Engineering at National Sun Yat-Sen University indicated that Kaohsiung’s early petrochemical and electronic industries development have flourished and gathered energy for the semiconductor industry. Its smooth water and electricity supply and accelerated land remediation period are why TSMC has chosen to station in Kaohsiung. Kaohsiung’s industry is continuing to develop toward high-value and in-depth industries. The city also hopes that the Southern Semiconductor S Corridor will create more job opportunities and accelerate the industrial transformation for Kaohsiung City.

The Economic Development Bureau indicated that land is the primary concern for enterprise investment. The Ciaotou Science and Technology Park that just started recruitment last week is located within Ciaotou’s new town. The base is located in the agricultural area on the north side of the first campus of Kaohsiung University of Science and Technology. Adjacent to the right side is National Freeway 1. The total area comprises 262 hectares, including 164 hectares for industrial use. It also includes the residential area on the west side of National Highway 1, commercial areas, parks and green spaces, roads, and other public facilities. It is the only science park in Taiwan with tax deductions for vendors and will be a critical base for Taiwan’s scientific and technological development throughout the next decade. Enterprises are welcome to invest and deploy as early as possible. Please contact the Kaohsiung investment office hotline 07-3360888 for assistance from dedicated service personnel.

Hang Lung Wins String of Awards for its Environmental, Social and Governance Achievements 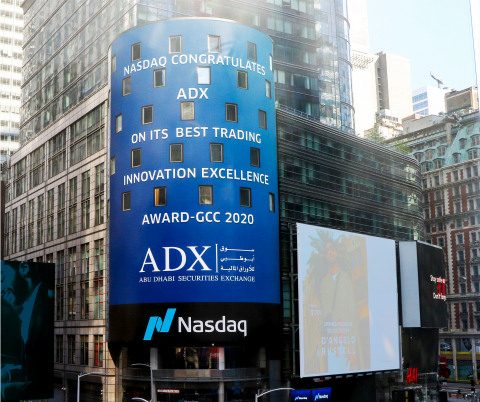