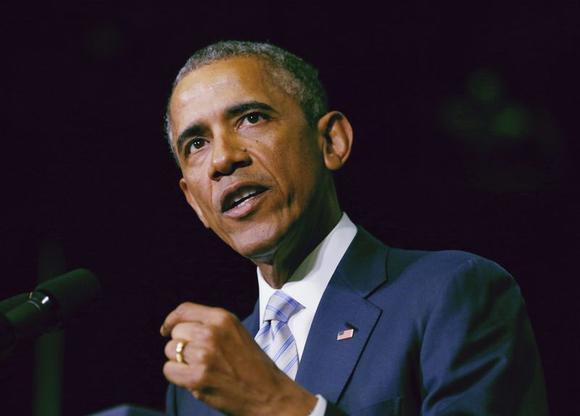 Dozens of world leaders lead hundreds of thousands of French citizens in an unprecedented march.   Pics

WASHINGTON (Reuters) – President Barack Obama will highlight plans next week to protect American consumers and businesses from cyber threats, a month after the most high-profile hacking attack on a U.S. company.

Internet security became a national focus after a cyberattack on Sony Pictures that Washington blamed on North Korea. The attack and subsequent threats of violence against theaters prompted Sony to scale back its release of “The Interview”, a comedy film that depicts the fictional assassination of North Korean leader Kim Jong-un.

A White House official said on Saturday Obama would announce legislative proposals and executive actions that will be part of his Jan. 20 State of the Union address and will tackle identity theft and privacy issues, cybersecurity and broadband access.

On Monday, Obama will present plans “to improve confidence in technology by tackling identity theft and improving consumer and student privacy” in a visit to the Federal Trade Commission, the official said, on condition of anonymity.

Obama will host members of Congress from both parties on Tuesday to discuss common goals for the economy and national security, the official said, as the Democratic president prepares a speech that will be his first to the U.S. Congress since Republicans won the Senate in November elections.

Later he will visit the Department of Homeland Security’s cybersecurity nerve center to promote voluntary information sharing between government and private sector and industry to fight cyber threats “while protecting privacy and civil liberties”, the official said.

The National Cybersecurity and Communications Integration Center monitors threats to the country’s critical infrastructure, including energy and chemical plans, emergency and financial services and government facilities.

In Iowa on Wednesday, Obama will propose new steps to increase access to affordable, high-speed broadband across the country, the White House said.

Last week, the president highlighted economic issues and plans to help Americans, including a proposal to make two years of free community college tuition to students. That plan, and its $60 billion price tag over 10 years, immediately faced skepticism from Republican lawmakers on Friday. [ID:nL1N0UO1L8]

Obama floated the education idea on the third and final day of a tour to promote agenda items being prepared for his State of the Union address.

Advertisers to get a glimpse of Apple Watch promise, challenge