Spain’s Left Is Winning The Battle For Welfare Through Budget

“This government is different because we are in it,” Spain’s deputy prime minister Pablo Iglesias told Jacobin last month. “We are the only force from our political tradition that is in the government of an EU country, indeed in the fourth-biggest euro zone economy.”

The ten-month-old coalition between his radical-left Unidas Podemos and the social-democratic PSOE was, he acknowledged, “full of risks, of dangers.” But he still thought “in historical terms, we’ve done the right thing” entering office as a junior partner.

The budget deal agreed upon by the two parties, which passes its final parliamentary vote this week, shows the fine balance between the risks and potential benefits of this strategic wager. It includes key concessions to Unidas Podemos’s agenda around boosting social spending and reinforcing the welfare state — but also lays the foundations for a wider recovery plan much more reflecting the PSOE’s own economic orthodoxy and centrist instincts.

First, the positives: overall social spending (excluding public pensions) will rise by 29 percent on 2020 levels and by 47 percent on the previous budget, passed by the right-wing Popular Party government in 2018.

Unidas Podemos also secured the expansion of the coalition’s Guaranteed Minimum Income scheme and a commitment to bring rent control legislation before parliament by February. These are real achievements, not least considering the PSOE-heavy balance of forces at cabinet.

Yet it’s equally clear that PSOE-run ministries have stonewalled or diluted even basic social measures needed to offset the fallout from the pandemic, wherever this would impinge on corporate interests.

Iglesias’s party wants to show Spaniards that its presence in government is translating into concrete progressive steps. Indeed, he sold the agreement as marking “a new era in the country’s political economy, one that makes a definitive break with the neoliberal period of cuts and austerity.”

Many of the central concessions his party has extracted as part of this deal aim to reinforce the hollowed-out public services that are today most directly tasked with tackling the pandemic.

More than €5 billion in extra spending will go toward Spain’s depleted national health care system. After years of outsourcing, public-private loan schemes, and various forms of mismanagement, this has arguably been the hardest-hit part of Spain’s public sector over 2020.

In the immediate term, ten thousand health workers will be drafted in over the course of 2021, as Europe confronts potential further waves of the pandemic together with a concurrent backlog in routine care.

The budget also makes major strides to expanding the “care economy” — with €600 million in additional spending for nursing home care (a 34 percent increase in national government funds in this area) on top of €700 million further investment from the European Recovery Fund for building up home-help services.

Attempting a move away from the disastrous corporate-managerial model favoured by right-wing governments in Madrid and elsewhere, the coalition will seek to combine a considerable cash injection for social care with a renovation of the sector — now to be built around smaller care centres, with more on-site care staff.

The budget plan also commits over €1 billion in extra funding to Spain’s network of frontline primary care centres — one of the areas of the public health system least affected by outsourcing.

A 44 percent increase in scholarship funding for public universities – most of which will go to low-income students — forms part of a multibillion-Euro pot of fresh education spending, which also includes the first funds allocated to the coalition’s program of developing free, universal, public preschool care for new borns to three year olds. There is also a 60 percent rise in spending devoted to tackling child poverty.

But, as Álvarez acknowledges, even if many of the package’s stand-out measures may appear ambitious on paper, his party’s experiences of trying to implement policy pledges during its first year in government show there is plenty of reason to “avoid triumphalism.”

Over the past year, Unidas Podemos has been forced to laboriously grind out even the most modest advances on key material issues like housing and labour rights — with every gain secured immediately threatened with dilution at a later stage in the policymaking process.

Even the night before the budget was announced, Unidas Podemos had to threaten to delay it, simply in order to force an agreement on a timetable for rent-control legislation. PSOE agreed to proceed with this — a key measure in the coalition’s initial program — but then immediately pushed for exemptions for tens of thousands of individual non-corporate landlords.

This suggests how much more work is needed to ensure the legislation is not defanged in coming months. For Izquierda Unida’s Carlos Sánchez Mato, “PSOE has no desire to confront those who own thousands of housing units, like the vulture funds, or even the smaller rentier class that live off the income generated by 10 or 15 apartments.”

PSOE premier Sánchez seems more willing to engage with his coalition partners on tax issues — but, again, the promise of major reform has been put off until next year. There have been moderate increases in capital-gains tax and income tax for high earners – as well as the elimination of tax relief for private pensions and the introduction of a weak Tobin tax.

But given Spain’s narrow tax base (with a tax-to-GDP ratio 6 points below the Eurozone average in 2019), much more substantive reforms are needed to fund a chronically under-resourced and under-staffed state.

As Sánchez Mato notes, the suspension of EU budgetary rules until 2022 has “won the coalition breathing space,” but if “Spain is to avoid a new round of austerity in 2023, it has to use this time to build up its tax base, with measures like a meaningful wealth tax and reform of corporate taxation.”

The introduction of a wealth tax remains one of Iglesias’s objectives for next year. Along with the expected negotiations on labour reform and rent controls, this represents the type of area where Unidas Podemos must secure advances in order to justify its presence at cabinet.

In a recent standoff over strengthening the ban on housing evictions, Iglesias was able to force PSOE’s hand by seeking a united front with Catalan and Basque leftists in Congress, while also engaging with housing activists outside the institutions. Similar tactics will be needed going forward — and a renewed upswing in social mobilization could strengthen his party’s hand further.

So far, at least, Unidas Podemos has made qualified achievements in social and economic policy. Yet, given the sheer magnitude of the social crisis Spain faces, it’s clear that this progress risks being overshadowed by far larger developments. (IPA Service)

‘Ballad Of An American’ Is A Graphic Biography Of Paul Robeson

Recognized for Completeness of Vision and Ability to Execute HONG KONG 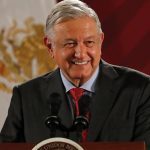 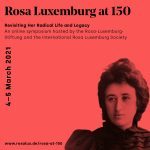 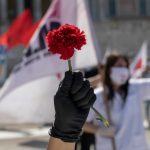