|By Arabian Post Staff|The heads of governments of two tax havens, under spotlight for disclosures of corruption and black money, advised major world players including the US to set their own houses in order before bullying small territories  like theirs.

Addressing an anti-corruption summit in London on Thursday, Allan Bell, chief minister of the Isle of Man, and Cayman Islands Premier Alden McLaughlin called on the U.S. and others big countries to lead the way in legislating to open up company registers to the public.

Bloomberg reports that nations represented at the summit, including the U.S., China, Russia, Afghanistan and India, pledged to expose, pursue and punish corruption by companies, government officials and individuals. Tax havens, many of which were exposed in papers leaked from the Panama law firm Mossack Fonseca last month, were singled out at the meeting for hiding the identities of owners of assets.

U.S. Secretary of State John Kerry said the international community must unite against corruption to choke off funds for extremism and promote the rule of law.

“We have to say no safe harbor anywhere, we need to get the global community together and have no impunity for corruption,” Kerry said at the summit’s opening session. “It’s the beginning of something that can help us in the battle against extremism, help us in the battle for strengthening commitment to the rule of law.”

But the Isle of Man and Cayman, which are both U.K. territories, pushed back at the U.S., saying that without “truly global” action any agreement at the summit would be meaningless. In doing so, they echoed U.K. Prime Minister David Cameron’s comments to lawmakers on Wednesday when he pointed out that, while he wanted U.K. territories to go further in opening up their registers, they are more transparent than many jurisdictions in the U.S.

“If those countries with real political clout on the world stage continue to focus only on jurisdictions that are smaller in size, while ignoring obvious jurisdictions that ought to be part of the conversation, the result will be continued failure,” McLaughlin told delegates. “To seriously tackle corruption and not just pay lip service to it we in this room must be committed to a standard that is truly global and to put behind us the shades of hypocrisy which are part and parcel of the global discussion of this issue for years and years.”

Cameron, who called the summit last year, underlined the scale of the task.

“This is going to be a journey,” he said in remarks closing the summit. “The gold standard is public registers. What I’ll push for as long as there’s breath in my body is for everybody to do it, not just picking on small islands. I’d like to see the United States, China, everybody do it.”

Cameron is seeking to put corruption at the top of the agenda for multinational bodies including the Group of Seven industrialized countries and the United Nations. Representatives of 50 countries were at the summit and leaders from the International Monetary Fund, the World Bank, the Organization for Economic Cooperation and Development and pressure groups joined discussions, which were held in public and broadcast over the Internet.

There were plenary sessions on exposing and tackling graft and one specifically focused on corruption in sport. Cameron, who has legislated to try to slow the amount of money being laundered through expensive homes in London, was keen to stress it is not only a problem for the developing world.

Afghanistan, France, Kenya, the Netherlands and Nigeria told the summit they will set up public registers of company ownership while Australia, Georgia, Indonesia, Ireland, New Zealand and Norway committed to exploring doing so. (With Bloomberg) 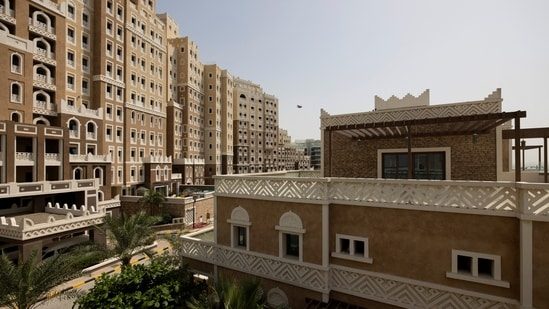