Unemployment Of Youth And Inequality In Indian Society Is Rising

There are reports, released by Oxfam a few months back, to be exact, on January 23, 2022, that reveal that seventy percent of the national wealth is in the hands of select ten per cent. For the rest, it is thirst, hunger and a bleak present. Dragging themselves towards the end of the road, they find the myth of the promise, the ‘Atma Nirbhar Bharat’. A mirage with a name under which the government has spelt out its economic policies, offering more concern than succour.

Among the major concerns is data fudging, that shrouds the truth. There are also attempts to force centralisation, destroying the spirit of federalism advocated by the Constitution to protect our multiplicity. Our Constitution says that the system that we have adopted declares our country as a Sovereign, Socialist, Secular, Democratic Republic, with a parliamentary form of government which has a federal structure with unitary features. In last more than half a century, there was not a single moment when these proclamations could have been challenged.

But now we face it every day. We see sovereignty getting surrendered in the hands of the ten percent. We are placed as a commodity in the market and the value is decided by factors that do not have any allegiance to socialism. In our journey from ‘service to servitude’ as someone famously named it, democracy is mocked at every moment when bulldozers demolish slums, shelters that are homes for those who suffer unemployment, absence of any source of income despite the promises of jobs in lakhs every year. Instead they get baptized by fire, when the Agnipath (trail of fire) is offered. The flames of frenzy swallow their calm, as the trains, buses, roads, offices, especially those that belong to BJP are set aflame. What else they could do to prove their capability to do the jobs at hand? They have studied well, and earned good results. Yet, even for a job of peon, there are thousands waiting.

To resolve the piled up issues, a short term contractual recruitment scheme has been announced in which training and the job period both together are for four years with a wage and at the end of the period, they are to be offered a small sum. The four year period begins when the aspirants are to be seventeen, and last till they would be twenty one. With much insistence, and resistance, the retirement is to come now at twenty three. The cycle predictably gets completed, and the baggage of acute unemployment gets back crushing the dreams about the future, along with violence and anger. The forces that rise to meet them are basically those Hindutva militants. They come with bulldozers and lawlessness, untamed as they are. The unfed, jobless youth may not sustain the pressure and surrender to humiliation, but there is no denying that the flame could lick into the brimming injustice itself in the coming days. Agnipath, in reality, does not allow one to go back, instead it burns everything to ashes without promising anything new.

Among the guiding principles that the Hindutva militants keep evoking, it is ‘their sacred duty’ to have solidarity with every enemy that calls for stigmatising all those that are not Hindus. It is Hinduism with militancy.

The analysis of Hinduism takes one far deeper into its roots that are not only within the country, it has its source without too. Militancy has been imbibed from other than within.

When the efforts were initiated to restore the ‘shine’ back to the country since the middle of the second decade of twenty first century, there was the echo of the call issued by Vinayak Damodar Savarkar (1883-1966). In his book ‘Hindutva: Who is a Hindu”, he had said without qualms, “Bring the entire politics into the folds of Hindutva, and militarise the entire Hindudom.” It was this call that turned into a slogan to establish Hindu identity and Hindu nationalism. In the same context, he added further, that it is Hindutva that creates Hindu identity, not Hinduism. He elaborated further that Hindutva is not only a mere word, it has in its folds the entire history. He said its analysis is beyond words. Savarkar does not stop there, he says that Hindutva is not only a religious or spiritual history, it is a complete history on its own.

What emerges from the entire initiative is an attempt to distort history to serve the vested interest and also to destroy the great heritage of unity in multiplicity. At the root of all this is a conspiracy to establish dictatorship of the majority.  Hindu nationalism was born to destroy all other communities and establish its own majority rule, and hence to achieve this goal, enmity and imposed superiority are imperative.  The search for Hindu identity itself has lost its basic stream which is the merger of various communities and their culture.

In the 1930s, when the Right was trying to gain roots, Hindu nationalism was borrowed from European fascism to transform ‘different’ people into ‘enemies’. Militancy was added to Hinduism under the influence of authoritarian leaders such as Mussolini and Hitler. It was their so called achievement to find a format for the new society they were keen to establish, and the name of the system was Fascism.

The first step itself was complete servitude of the entire other half. But the times have changed. The surging crowd on the roads knows that India has become a country where inflation is wholesale and that too three time high. Rupee is at all time low and wages are, and that too if employed, too little to feed the family. On the other hand, it is heaven for the ten percent they had dreamt of all their lives. Fascism has now a different face! (IPA Service)

The post Unemployment Of Youth And Inequality In Indian Society Is Rising first appeared on IPA Newspack.

Unemployment Of Youth And Inequality In Indian Society Is Rising 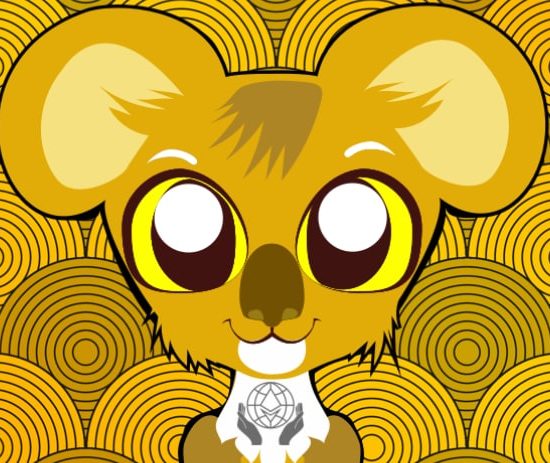 Why are GIFs being bought for millions of dollars?