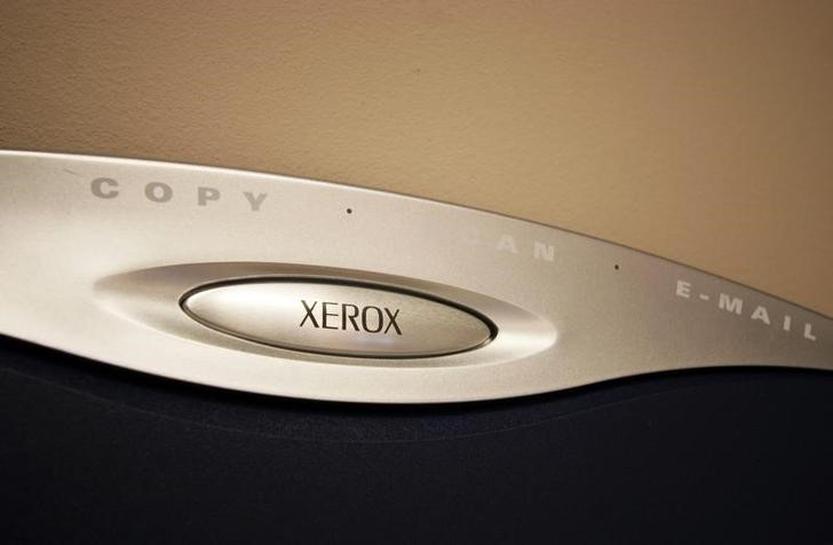 A generic picture of a Xerox logo on a photocopier. TECOM

Xerox Corp reported a 4.2 percent fall in quarterly revenue, hurt by a strong dollar and lower sales of printers and copiers, sending its shares down 12 percent in morning trade.

The company is focusing on its services business, which offers business process outsourcing and document outsourcing, as sales of printers and copiers, its mainstay for over half a century, have fallen for more than four years.

Rival printer maker Lexmark International Inc said last week it agreed to be taken private by a group of investors led by China-based Apex Technology Co Ltd and PAG Asia Capital in a deal valued at $3.6 billion net of cash.

Xerox said revenue from its document technology business, which includes sales of printers and copiers, fell 10 percent to $1.6 billion.

The company said in February it would split into two companies, one holding its legacy printer operations and the other its business process outsourcing unit.

The split is expected to take effect by the end of this year.

The company said on Monday it expected an adjusted profit of 24 cents to 26 cents per share for the second quarter.

On an adjusted basis, the Norwalk, Connecticut-based company earned 22 cents per share.

Analysts on an average expected a profit of 23 cents per share and revenue of $4.24 billion, according to Thomson Reuters I/B/E/S.

Shares of the company, which have fallen about 15 percent in the last 12 months, were trading at $9.86 on Monday.

(Reporting by Rishika Sadam in Bengaluru; Editing by Shounak Dasgupta)