|By Arabian Post  Staff||Emaar Properties chairman Mohamed Alabbar said he is keen to do further business with Saudi Arabia, and offered to help in the development of the  $500 billion Neom project.

“It’s a big, exciting thing. If they call on us (Emaar), we would look on that positively. The Middle East as a whole is very short on infrastructure, and the project is a very significant addition. If we’re invited to participate, we would be honored”, he said  on the sidelines of the high  profile investment summit.

Emaar is the developer of the KAEC project, listed on the Tadawul as Emaar The Economic City, which has been in development since 2005. He said: “There have been challenges. We all got very excited about it but it needed support during the financial crisis in terms of facilitation. But it is still well on the path. It is a long-term project. I would imagine in five or six years we will see a lot more progress. We have to watch the cashflow and the finances according to market conditions.”

He is a joint investor with the Saudi Public Investment Fund in Noon, the e-commerce company set up last year to rival big firms such as Amazon in the online retail space.

He said that the Noon initiative was also a long-term project. “I’m very happy with it, but it’s still a baby.” He said the firm was already doing deliveries in the Kingdom, and had already had an effect on the Saudi market.

“Amazon is now dropping its prices. Any competition is beneficial to the country and its society. I will not allow any company to come in to a market and dominate the price of milk you give to your child. We don’t come to destroy your business, we will not kill local business.”
He added that he would like to do more business with PIF. “We’re on the phone to them all the time. We are dedicated to supporting the opening up of Saudi Arabia,” but did not elaborate on specific further projects with PIF.

He said that Saudi Arabia faced challenges in implementing its economic transformation strategy, but added: “Every country has challenges and I would not criticize another country because I am a foreigner here. If you are a true businessman you want to look into the future, and that is what the young leadership is doing here. The policy changes in the country are like a businessman restructuring his company.”

Salman puts Saudi on 'Dubai mode' with $500b investment

Foreigners to get full access to new Saudi market from Jan 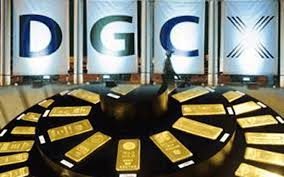