Matein Khalid
The Middle Kingdom has been a black hole for emerging markets equitywalas since mid-2020. The PBOC kept monetary policy far too tight at a time when the global pandemic necessitated some credit acceleration. The economic slowdown after the Wuhan virus was worse than Street consensus. The property developer Evergrande’s $300 billion debt woes unnerved the Chinese banking system and yuan debt market. The geopolitical rhetoric with Washington, New Delhi, Hong Kong and Taiwan became more ominous.

Above all, President Xi Jinping torpedoed the Ant Financial IPO and cut down Jack Ma to size in an autumn when the Communist Party’s regulatory diktat proved far more powerful than the folie de grandeur of Chinese internet billionaires. After all, the one sentence I remember from reading Chairman Mao’s Red Book as a school boy is – “power flows from the barrel of a gun” (not just from monthly active users).

As President Xi gets set to anoint himself as the PRC’s next great helmsman – for Life at the Third Plenum, I debate whether to nibble on the carcass of China’s unloved/bloodied stock market. I believe the cyclical delta is now on the upside at a time when valuations in Shanghai are dirt cheap relative to both their own history and the MSCI EM indices the PRC dominates.

October exports were a beauty. Earnings will improve next year. Regulatory policy is still opaque but the surprise factor on sentiment has hit rock bottom. The property market woes will be managed by local governments and the Politburo. Risk premia in certain Chinese equities make me want to nibble, though not gorge.

As I seek hedges far from Wall Street’s bubble epicentre, certain Chinese companies offer a compelling risk/reward calculus, just as Emaar did on the DFM at AED 4. Let us not forget that the big money in the financial markets is invariably made when things go from Godawful to just plain Xi-awful!

Get real, get hedged, in and out

Matein Khalid The Middle Kingdom has been a black hole for 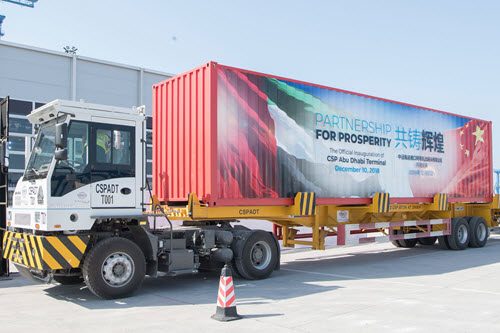 ECOVACS Celebrates 11.11 in Malaysia With Mega Discounts on DEEBOT T9 and Star-quality Messages

ECOVACS Celebrates 11.11 in Singapore With Mega Discounts on DEEBOT T9 and Star-quality Messages

ECOVACS Celebrates 11.11 in Vietnam With Mega Discounts on DEEBOT T9 and Star-quality Messages

ECOVACS Celebrates 11.11 in Indonesia With Mega Discounts on DEEBOT T9 and Star-quality Messages