The issue of gambling has reared its head more than once in Dubai in recent years, as the city looks to lure more and more sports and entertainment events. With big-name sports contests come big-name gambling sponsors, and with that comes a problem. Gambling remains illegal in Dubai just as it remains illegal in every other part of the United Arab Emirates and – despite some suggestions to the contrary a couple of years ago – things are likely to stay that way. Now it appears that the question of whether gambling companies can be tolerated within the country is going to be tested again thanks to the most unlikely and innocuous of events – an international chess tournament.

As things currently stand, Expo Dubai is expected to sign a contract that will bring a fourteen-game chess series to Dubai in November, with a top prize of two million US dollars on the line. The star of the tournament will be Magnus Carlsen, the reigning FIDE chess world champion, who will be defending his crown. As the top-ranked and best-known player in the world, it’s unthinkable that the tournament would go ahead without Carlsen, or that Dubai Expo would be thinking about staging it were Carlsen not part of the deal. There’s just one problem with that. Carlsen is sponsored by the gambling company Unibet and is contractually obligated to promote Unibet and wear their logo on his clothes for the next two years. Under no circumstances would such a thing be allowed in Dubai.

Given that Carlsen’s income and livelihood depend on his sponsorship agreement with Unibet, it’s unlikely that he’ll be willing to risk breaking his contract with them by refusing to wear their logo. It’s even less likely that Dubai will make any form of exception for a chess player to wear a gambling logo while performing at an event as high-profile as Dubai Expo. Carlsen could be excluded from the competition, but that would raise questions about the legitimacy of the eventual winner and ultimately result in accusations that the new world champion is tainted, regardless of whether or not they’ve walked away with a two million dollar prize.

Anyone who believes that Dubai is considering a change in heart when it comes to gambling need only look to the recent case of the alleged ‘prize games’ that were happening outside Shindagha Ferry Terminal in February. The operators of the games thought that they were safe because they were offering objects as prizes instead of cash. Gambling games where cash is both the token and the reward, such as the games offered by Slots website, are strictly prohibited by law. Similarly, playing cards for cash is a violation of the law. No online slots websites operate within Dubai or anywhere else in the UAE. Even using the internet within Dubai to access an online slots website based abroad is considered a violation of the law. People who have used proxy servers to access foreign online slots websites have ended up in jail. The law is unambiguous on the matter, and the punishment is severe.

Nobody knows what happened to the men who were running the ‘prize games’ from those kiosks close to the ferry, but they’re not there now. The moment that the relevant authorities were alerted to the practice, they descended on the location and shut the four kiosks down. They’ve remained empty ever since, with no sign of the people who used to work there. Aside from the fact that the games were deemed as a form of gambling, there were also allegations of fraud and malpractice at the kiosks. Many of the men who appeared to win large prizes from the games are thought to have been stooges or friends of those who were running the games, and the majority of citizens who paid to take part in the games of chance walked away with low-value prizes such as pens and deodorant cans. The fact that no monetary prizes were offered didn’t matter to the authorities – the games were immediately terminated, and the men who ran them were taken away. 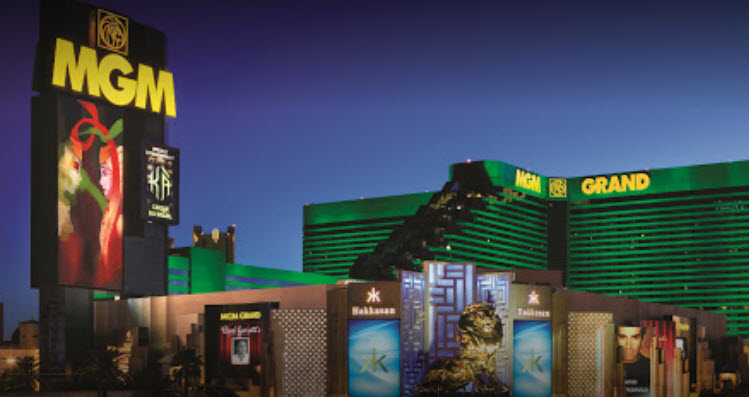 Reports that Dubai might change its stance on gambling have surfaced in the past but always turned out to be incorrect. In 2018 it was reported that Caesar’s Palace Entertainment would soon be bringing an official Caesar’s Palace location to Dubai, and given the brand’s long association with casino attractions it was seen as a sign that the law was about to change, but Dubai Tourism Chief Executive Issam Kazim almost immediately announced that there would be no gambling within the new premises. The MGM-branded venue currently scheduled to open in 2021 will also be free of casinos, despite the brand’s close association with casinos in the United States of America. It’s far from clear that Dubai could change its gambling laws and put itself at odds with the rest of the United Arab Emirates even if it wanted to, and the argument is a moot point because there’s no indication that it wants to.

Returning to the chess tournament, there’s no clear indication of what the next move might be. The international director of FIDE is Mohamed al-Mudahka, a native of Qatar and a devout Muslim, and he has taken to Twitter to state that Carlsen will never be permitted to wear the Unibet logo at any official FIDE event. He is, however, outranked by Arkady Dvorkovich, who is the president of all of FIDE, and the person responsible for reaching the agreement with Dubai Expo in the first place. Dvorkovich is confident that the contest will go ahead as planned, and has no issue with Carlsen wearing the offending logo. He may not have an issue, but that doesn’t change the fact that Dubai does.

There appear to be two possible options at present. The first is that the big-money chess tournament goes elsewhere, and Dubai Expo finds another high-profile contest to fill the hole it would leave in the Expo schedule. Given the length of time that’s been spent on securing the agreement at this point, that would be an undesirable outcome. Perhaps more likely is the possibility that Unibet would grant Carlsen an exemption to forgo wearing their logo on this one occasion, and FIDE can continue their internal argument about whether or not the logo is permissible after the matter no longer affects Dubai. Hopefully, we won’t have to wait until November to achieve some form of resolution on the issue.