On 17 September 2020, the DFSA decided to take enforcement action against Ashish Bhandari, the emoployee concerned, for being knowingly involved in breaches of Anti-Money Laundering (AML) legislation from 2011 to 2013 and for obstructing the DFSA in 2017 and 2018. The DFSA has fined him USD 165,000 and restricted him from performing any function in connection with the provision of financial services in or from the DIFC.

DFSA later clarified that it did not find Bhandari having engaged in money laundering.

Bhandari referred the matter to the Financial Markets Tribunal on 18 October 2020.  As a result of a settlement agreement reached with the DFSA, he has since withdrawn that referral.

The DFSA found that Bhandari, who was a relationship manager with a private bank in the DIFC, was the director and registered beneficial owner of an off-shore entity registered in the British Virgin Islands (BVI), which had been set up with an introducer of his employer.  Bhandari arranged for the introducer’s referral fees to be paid by his employer to the BVI entity without disclosing his involvement in the entity to his employer.

He was also instructed by certain of his clients to transfer money to the BVI entity. However, his employer thought the BVI entity was owned and controlled by the introducer. From the money transferred into the BVI entity, large sums were then transferred to Bhandari’s personal bank accounts outside the UAE. The DFSA found that, by not disclosing his outside activities and involvement in the BVI entity, he was able to maintain the fund routing arrangements and thereby retain clients.

In response to the DFSA announcement, Ashish Bhandari said that the DFSA decision arose from his involvement in a private arrangement he had with an introducer while he was working for his former employer during the period from 2011 to 2013. He further said that while he had appealed against the DFSA decision to the Financial Markets Tribunal, he eventually agreed to settle the matter with the DFSA for ‘personal reasons and in order to put the matter behind’ him.

The DFSA statement said Bhandari’s employer failed to take proper steps to verify the identity and ownership of the BVI entity in accordance with its AML obligations, instead simply accepting  his assertions, which he must have known were inaccurate.  The DFSA found that Bhandari was knowingly concerned in breaches of AML legislation by concealing relevant information within his knowledge from the authorised firm and its compliance function.

Further, Bhandari failed without reasonable excuse to comply with the DFSA’s requests to provide information and provided false, misleading or deceptive information to the DFSA, or concealed information from the DFSA, with the intention of obstructing the DFSA’s investigation.

Bryan Stirewalt, Chief Executive of the DFSA, said: “Employees at authorised firms have a duty to act with integrity and professionalism, even more important for those employees who are responsible for dealing directly with clients and investors. When called to give an account of their knowledge and actions, the DFSA expects complete honesty and transparency. Anything short of that will result in significant penalties and restrictions. The fine is higher than it would have been as the DFSA has previously imposed sanctions for highly similar misconduct. We expect standards to improve and we will hold to account those who fail to learn.”

The DFSA decided to take action against Bhandari in order to maintain the integrity and reputation of the DIFC, and to protect direct and indirect users of the financial services industry in the DIFC, the authority said in a statement.

NHK WORLD-JAPAN Presents “3.11 – Ten Years On,” a Collection of New and Encore Programs to Commemorate 10-Year Anniversary of the Largest Earthquake Ever Recorded in Japan

AOC named as no.1 in Gaming Monitors worldwide in 2020

4 in 5 Businesses Affirm That Workflow Automation Enhances Employees’ Work Rather Than Replace Them, But a Knowledge Gap Persists 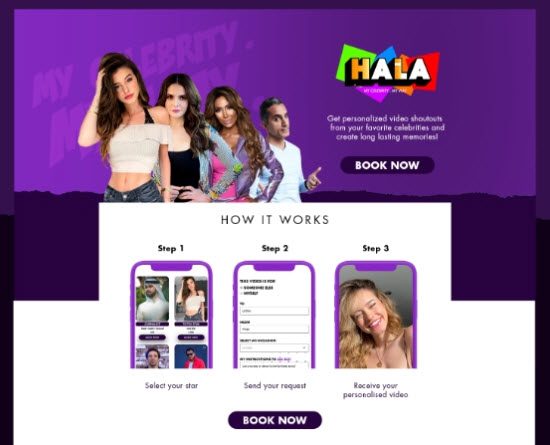 How Accelerated Branding helped companies through these unprecedented times