So I hear from the Valley grapevine that the Robinhood could hit Nasdaq anytime in the next few weeks and the underwriters have begun the roadshow for HOOD at a valuation of $35 to $40 billion. This could be the mother (and father) of all shorting opportunities as I would not touch this puppy with a ten foot pole. Why?

One, the two founders own less than 20% of the firm but control 65% of the voting shares. They are also cashing out, selling billions in funny money to the public while minting supermoney for themselves and their venture capital financiers. This is a heads I win, tails you lose model that appeals to me as much as a hole in my head.

Two, the business model of Robinhood is seriously flawed since 81% of revenues are derived by selling order flows to market makers on the stock exchange. This practice while common on Wall Street, violates HOOD’s corporate propaganda that they seek to do good for their clients. Sorry guys you are closer to Bad King John and the Sheriff of Nottingham rather than my boyhood hero who hung out in Sherwood Forest eight centuries ago with Maid Marian and Friar Tuck.

SEC head Gary Gensler has made it clear that he wants payment for order flows to be banned and when this happens, HOOD will be at the epicentre of a financial nuclear bomb explosion and will have to change its NASDAQ symbol to TOAST. So if you have the temptation to buy this time bomb masquerading as IPO, go to Kite Beach and sunbathe until the temptation goes away.

Three, HOOD has no less than 50 class action lawsuits filed by the lawyers of the millions of clients whose equity vaporised during the meme stock meltdown in February. HOOD barely survived that debacle and the reputation risk damage is inestimable. Can this black swan event happen again? 100% it will.

Four, HOOD is a classic example of a business that finance geeks deem exhibits negative operating leverage. This means the more client account HOOD opens the more money the company loses. It is simply not rational to buy into such a business as a public shareholder. Even though it is perfectly rational to start such a business as a promoter. Why bother robbing a bank when you can make so much money founding a bank as the poor little leveraged lambs in the Gulf have learned the hard way again and again, and will do so in the near future.

History does not repeat but it surely rhymes and this is enough Philosophy 101 for today as I return to the real world with the Dow down 900 points amid the green phosphorescent flicker of my Bloomberg screen (yikes!). 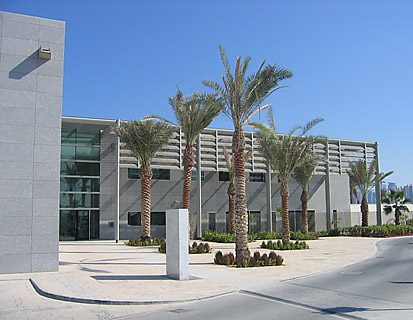