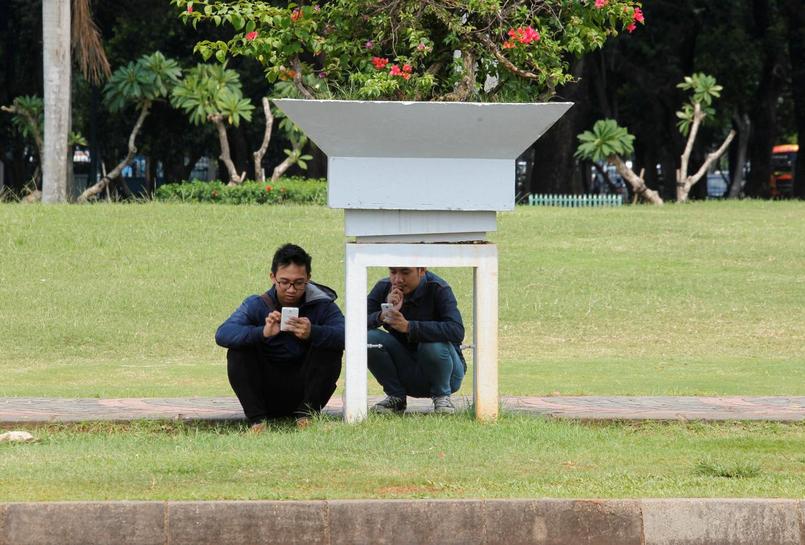 JAKARTA Avid players of smash-hit mobile phone game Pokemon GO in Indonesia, home to the world’s largest Muslim population, are not letting religious decrees or security warnings get in the way of their mission to catch their next cartoon creature.

Nintendo’s augmented reality app, in which players walk around real-life places to hunt virtual characters on their smartphone screens, has become an instant hit globally, almost doubling the market value of the Japanese game-maker.

But not everyone is cheering it.

Saudi Arabia’s top clerical body recently renewed a 15-year-old fatwa, or edict, that declared the Pokemon game franchise un-Islamic, saying it promotes gambling and the theory of evolution, among other concerns.

The fatwa, however, made no mention of the successful new Pokemon GO mobile game.

The Indonesian Ulema Council (MUI), the country’s top Muslim clerical body, has not made a formal statement on Pokemon GO, senior official Amidhan Shaberah told Reuters. But he said the game carries “more harm than benefits” as it can make people “intoxicated”, at the cost of their work or studies.

Indonesian security officials have said it could allow enemies to gather sensitive satellite data, according to local media. Officials have also banned people from playing in the presidential palace premises.

A spokeswoman at Pokemon Co, which produced the title with Nintendo, said the game was designed for enjoyment and not to promote social ills.

Pokemon GO has not been officially launched in the country of 250 million people – an enthusiastic adopter of social media apps – but tens of thousands of Indonesians are already getting it by using a proxy location on their smartphones that gives them access to app stores of other countries.

“I will not stop playing unless the reason is realistic,” said Mohammad Resja Ilham, a 24-year-old radio host who catches Pokemons on his way to work and back home, and up to five hours on weekends.

“I can meet new people when I play, it’s really fun.”

Businesses are also cashing in.

Last Saturday, Southeast Asian ride-hailing service Grab offered deals to Pokemon hunters who hopped on its vehicles to get to the National Monument in the Indonesian capital.

“People are crazy about it now,” said Ridzki Kramadibrata, Indonesia managing director for Grab. “I was there (the National Monument) myself and managed to catch some Pokemons.”