HomeColumnsKing of Jordan: Balancing on a ever tight rope
Columns
0 likes
667 seen
0 Comments

King of Jordan: Balancing on a ever tight rope 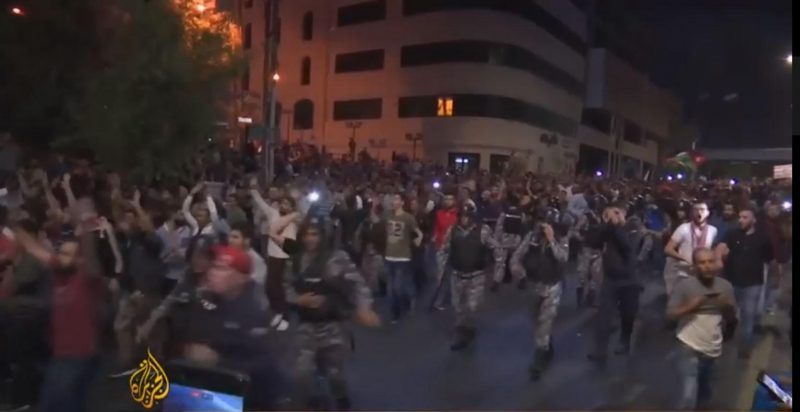 A look at a decade of failed social, economic and political reform in Jordan goes a far way to explain recent mass anti-government protests demanding the resignation of the government.

The protests, prompting concerns about the survival of the Hashemite dynasty, also bear witness to the fallout of the region’s epic power struggles and the pitfalls of government failures to respond to long-standing discontent that has been simmering across the region just below the surface.

Pent-up anger and frustration with governments that have failed to deliver public goods and services were at the core of popular Arab revolts in 2011 that initially toppled the leaders of Tunisia, Egypt, Libya and Yemen.

If anything, the Jordanian protests in a Middle Eastern nation viewed as relatively stable, have defied notions that the brutal rollback of Egypt’s successful revolt and the bloody conflicts wracking Libya and Yemen as well as Syria have cowed the region’s public into accepting autocratic rule as the best of all evils.

The protests target corruption and a proposed tax bill that protesters say will reduce living standards in a country with double digit unemployment, 21 percent of the population living below the poverty line, and finances and services burdened by the influx of more than 2 million refugees, including 600,000 plus Syrians.


The bill would raise taxes on employees by at least five percent and on companies by between 20 and 40 percent in line with the terms of a three-year $723 million dollar loan from the International Monetary Fund (IMF) that Jordan secured in 2016.

Jordanians have seen repeated price rises on staples such as bread and increased taxes on basic goods like electricity and fuel since the beginning of this year. The Economist Intelligence Unit earlier this year ranked Jordan’s capital Amman as one of the most expensive in the Arab world.

The writing has been on Jordan’s wall since the 2011 protests when in a seismic shift of Jordanian politics, tribal leaders took their criticism public rather than relying on traditionally secret, behind closed-door interactions with the country’s monarch.

The change in tactics that in the current protests has brought a wide swath of Jordanians irrespective of whether they are of Palestinian or East Bank tribal descent on to the streets bears a cautionary note for regimes across the region.

The leaders charged that Queen Rania, “her sycophants and the power centres that surround her” were dividing Jordanians and “stealing from the country and the people.” It warned King Abdullah that if he failed to tackle corruption and introduce reform “similar events to those in Tunisia and Egypt and other Arab countries will occur.”

The letter and a 2011 Carnegie Endowment for International Peace report written by former Jordanian Deputy Prime Minister Marwan al-Muasher constituted early warnings of what is at the core of the current protests: a popular demand for a government that garners public support by catering to popular social and economic aspirations as well as demands for political participation.

Mr. Al-Muasher argued that King Abdullah’s efforts to squash protests in 2011 by projecting himself as a reformer failed to secure a public buy-in, in part because he was unwilling to relinquish chunks of his power.

“The selection of several prime ministers did not lead to serious progress on reform… Reform needs reformers who are cognizant of the need for an orderly, gradual process but are also committed to a serious roadmap that would lead to true power-sharing through strong legislative and judicial bodies,” Mr. Al-Muasher said.

“All efforts to open up the political system have been thwarted by a resilient class of political elites and bureaucrats who feared that such efforts would move the country away from a decades-old rentier system to a merit-based one. This group accurately predicted that reform would chip away, even if gradually, at privileges it had acquired over a long period of time in return for its blind loyalty to the system. It thus stood firm not just against the reform efforts themselves, but also in opposition to the king’s own policies,” Mr. Al-Muasher added.

As a result, King Abdullah, despite consistently trying to strike a balance between the requirements of reform and the hesitancy expressed by many of his more traditional supporters, ended up at almost every bend of the road appeasing the conservatives at the expense of the reforms he was seeking to implement.

In the process, the king raised questions about how serious he was about reforms, in part by seemingly conceding defeat from the outset.

“Sometimes you take two steps forward, one step back. There is resistance to change. There is a resistance to ideas. When we try to push the envelope, there are certain sectors of society that say this is a Zionist plot to sort of destabilize our country, or this is an American agenda. So, it’s very difficult to convince people to move forward,” King Abdullah told CNN’s Fareed Zakaria in 2010, a year before the 2011 protests erupted.

King Abdullah may no longer have the luxury of lamenting opposition to reforms. Although conscious of the fact that Jordan has been spared the destructive violence that has wracked its neighbours, Jordanians may this time round not be pacified by cosmetic measures like Mr. Al-Mulki’s resignation and the temporary rescinding of price and tax hikes.

“While it is easy to argue that citizens want bread before freedom, economic liberalization took place without the development of a system of checks and balances and resulted in the benefits of economic reform being usurped by an elite few… Economic reform must be accompanied by political reform, such that institutional mechanisms of accountability are developed to monitor excesses and ensure benefits are made available to all,” Mr. Muasher cautioned in 2011.

King Abdullah’s current need to win public support rather than pacify the public has been compounded by tectonic shifts in the Middle East that have reduced the value of Jordan, a country that is dependent on foreign aid, to its traditional allies such as Saudi Arabia and the United Arab Emirates and driven a wedge between them on key policy issues.

With Gulf states liaising directly with Israel, Jordan is no longer needed as an interlocutor. The same is true of Jordan’s ability to leverage its geography in the wake of the defeat of the Islamic State in Iraq and a growing acceptance that Syrian president Bashar al-Assad is winning his country’s brutal civil and proxy wars.

Jordan’s usefulness in resolving the Israeli-Palestinian conflict has also diminished because of US president Donald J. Trump’s policies that have effectively dashed hopes for a two-state solution.

Adding to King Abdullah’s woes is pressure on Jordan’s labour market as a result of economic reform in Saudi Arabia and other Gulf states that involves a push to reduce reliance on foreign and expatriate labour.

Jordan’s refusal to back Israeli and Saudi support for Mr. Trump’s approach coupled with his rebuttal of Saudi pressure to join the one year-old Saudi-UAE-led economic and diplomatic boycott of Qatar and more recent symbolic overtures to Iran have won it little sympathy in Riyadh and Abu Dhabi and cost it badly needed financial aid.

Said Jordan scholar Sean Yom: “The real heart of public outrage is not about tax brackets, but something far broader – the notion of the state radically scaling back its end of the social contract and not providing anything in return. From the monarchy’s perspective, it has little choice. Nonetheless, the prospect of more social turmoil makes the search for a new geopolitical conduit to survival even more pressing.”

Survival could well mean that Jordan forges closer ties to countries like Iran, Turkey, Qatar and Russia – a prospect that is raising concern in Jerusalem, Riyadh and Abu Dhabi.

Already, Jordan’s smouldering discontent has Israeli and Western intelligence analysts worried. Even if it may seem at best a theoretical notion, some have nonetheless begun to ponder the survivability of Jordan’s Hashemite dynasty.

That may be a scenario too far. What is beyond doubt, however, is the fact that King Abdullah’s options are narrowing as he walks an ever more tightly spun tightrope.

Dr. James M. Dorsey is a senior fellow at the S. Rajaratnam School of International Studies, co-director of the University of Würzburg’s Institute for Fan Culture, and co-host of the New Books in Middle Eastern Studies podcast. James is the author of The Turbulent World of Middle East Soccer blog, a book with the same title as well as Comparative Political Transitions between Southeast Asia and the Middle East and North Africa, co-authored with Dr. Teresita Cruz-Del Rosario,  Shifting Sands, Essays on Sports and Politics in the Middle East and North Africa, and the forthcoming China and the Middle East: Venturing into the Maelstrom

Middle Eastern culture wars: The battle of the palates