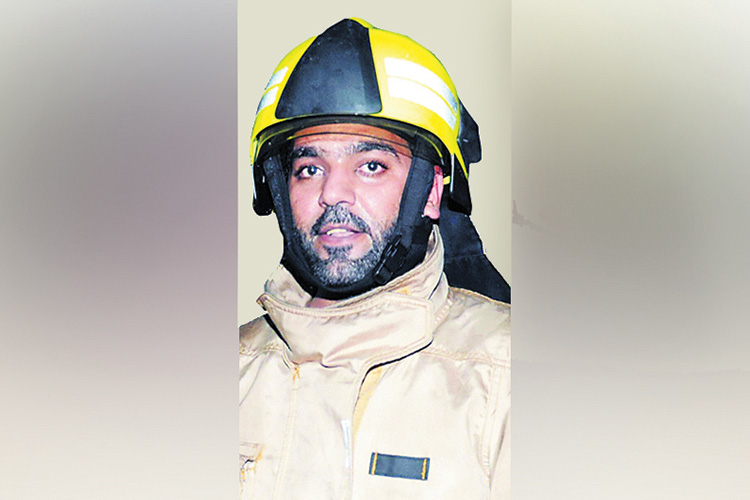 Sheikh Hamdan tweeted: “Civil Defence men sacrifice themselves to protect lives and safeguard the security and safety of our country. Dubai lost Sergeant Adel Nasser Saleh, who died in the line of duty. May Allah have mercy upon him and grant his family patience and solace.”

The Dubai Civil Defence announced that a firefighter died and two others were injured in a fire that broke out in two warehouses, one of which is in the Dubai Investment Park.

A source from Dubai Civil Defence stated that teams from 5 Civil Defence centres were fighting a fire as soon as they arrived at the scene of the blaze. This was based on a report to the operations room at exactly 3:43pm on Tuesday that a fire erupted in two warehouses in Sky Tower in Dubai Investment Park.

A recent report said forensic fire investigation experts and criminologists at Dubai Police’s General Department of Criminal Investigation, CID, have revealed the cause of a fire that broke out at the Expo 2020 Dubai under-construction site.

The investigators conducted 12 scientific experiments and re-enacted the incident of fire to determine the cause of the spark and reveal the facts concealed by the worker and engineer of the company operating at the site to evade responsibility.

Dubai Police investigators found that the fire was caused by an unexpected technical problem during some welding work which refuted the version of the worker and engineer who said there was no welding work in progress at that time. They also concluded that the welding operations led to a rise in the temperature of the tube to more than 350˚C , which caused it to ignite.

The worker stopped what he was doing when he faced a technical fault. He then re-stored the equipment in the dedicated room without observing the safety requirements.