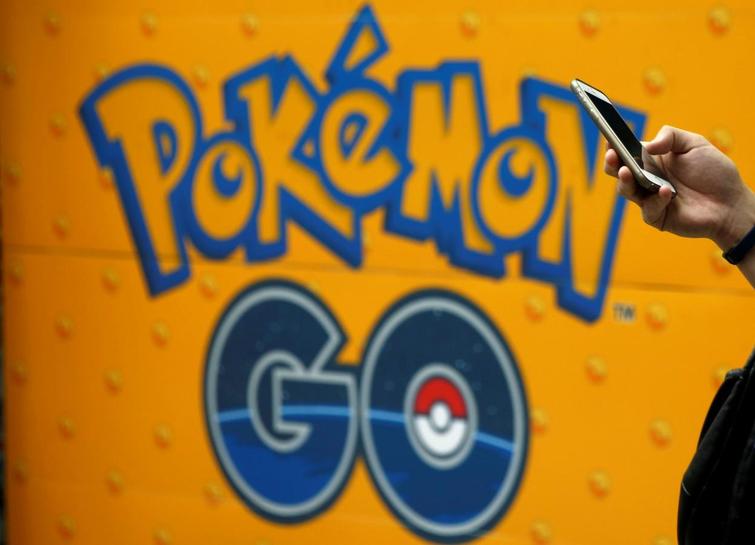 A man uses a mobile phone in front of an advertisement board bearing the image of Pokemon Go at an electronic shop in Tokyo, Japan, July 27, 2016.

SAN FRANCISCO Top video game companies, caught off-guard by the runaway success of Pokemon Go, are wrestling with how to play catch-up to the augmented reality app that has become a worldwide phenomenon.

Nearly a dozen executives at companies from Sony Corp (6758.T) to Angry Birds-creator Rovio said Pokemon Go would be a tough act to follow, and some even said a challenge would not be worth it. Gamers should not expect the quick release of a rival app anytime soon, some said.

On mobile devices, players search for and capture cartoon characters from the Pokemon franchise – displayed in the real world, using the live view from a smartphone camera. Pokemon Go has been the most downloaded mobile game since its July release.

Executives said hundreds of game developers at their companies are playing to understand how it has captivated audiences.

“Today is not the right moment to release an (augmented reality) experience,” said Neil Young, chief executive of mobile game developer N3twork Inc and a former group general manager at Electronic Arts Inc (EA.O). “That moment is sort of reserved, I think, for Pokemon Go.”

Some executives said they would not copy the game because it was a fad driven by the Pokemon brand and that it lacked social features, such as letting players talk and collaborate on a hunt.

The success in getting players onto their feet was seen as brilliant but difficult to replicate, and the deft use of mapping technology also sets a high bar.

Analysts calculate the game is on track to earn between $200 million and $500 million in revenue in one year. The higher figure would rank Pokemon Go in the top 20 grossing mobile games in history, said Michael Pachter, an analyst at Wedbush Securities.

“We’re just sort of scratching the surface of what we’re going to see” in augmented reality, said David Haddad, president of Warner Bros Interactive Entertainment (TWX.N). Warner Bros is in the early stages of developing augmented reality games but had no plans to announce a new title.

Zynga Inc (ZNGA.O) is still studying what to do in the space, Chief Executive Frank Gibeau said in an interview. “Pokemon has really shown new paths and new ways to grow that’s very exciting for customers, players, developers,” he said.

The Pokemon Company, partly owned by Nintendo Co Ltd (7974.T), is celebrating the 20th anniversary of Pokemon games and their menagerie, led by the rabbit-like Pikachu. It has generations of fans.

“Lizard No.3 or Lizard No.4; it doesn’t get you that excited. You need it to be Pikachu,” he said comparing the two games.

However, some gaming executives do not believe Pokemon Go is the future of gaming. Mobile scavenger hunts require physical activity and could be a hard sell to most video game players.

“It’s not easy to get people off of their couches,” said Wilhelm Taht, executive vice president of games at Angry Birds-creator Rovio Entertainment Ltd. “There have been a lot of tries in this area before.”

Nintendo got people on their feet with its Wii console offering virtual tennis, for example, but players remained in front of their televisions.

The most sustainable games immerse people in a virtual world, said Walter Driver, chief executive of gaming company Scopely, which does not have plans to develop location-based games.

“We’re focused more on creating universes in your pocket that you can spend time in,” he said.

There is one area that offers a clear opportunity for rivals or for improvement in a new version of the game, industry executives said. Some of the most popular games have united players in virtual teams, building camaraderie.

“The game needs to be more social… where you can have group goals and possibly chat when you hunt for a Pokemon,” said MySpace creator and now CEO of mobile games studio SGN Games Inc, Chris DeWolfe.