|By Rashidul Bari | Meet Soborno Isaac Bari, known as “4-Year-Old Einstein,” who has a very strange dream: He wants to get into Harvard at the age of 10, via the SAT.

Of course, the SAT can’t determine whether he’s truly ready for college-level courses, but not many 4-year-olds can solve chemistry problems. His knowledge of the periodic table has impressed several academic institutions, including City University of New York’s (CUNY) Medgar Evers College.

Furthermore, not many 4-year-olds can solve math problems, but his algebra skills have been featured in news media, including Voice of America (VOA). Not many 4-year olds have reached an intellectual level at which they can use fruits and vegetables to create an electric circuit to light up bulbs. His abilities did not go unnoticed, thanks to Daniel Kabat, physics chairman at Lehman College.

Not many 4-year-olds have the ability to use math to solve doctorate-level physics problems and simulations. However, his biggest accomplishment was yet to come. He made headlines in Bangladesh, where I was born, when he received an invitation from Lisa Coico, president of City College of New York (CCNY), one of the finest engineering and medical schools in the U.S. The interview, which was broadcast on Time Television, went viral on social media.

It was 2013. Isaac was sick and lying on a hospital bad. As the doctor was checking his fever, I said, while holding his hand, “I love you more than anything in the universe.”  His response even stunned his doctor: “Universe or multiverse?”

A few months later, as his mom was teaching him math, he asked her a very surprising question: “If 1 + 1 = 2, then n + n must be 2n; if 2 x 2 = 4, then n x n must be .” When his mother informed me about it, as a father, I was scared and ambitious simultaneously because of such an insight from a mere 1 ½-year-old. I took the responsibility of teaching him and started giving him more and more lessons — in the areas in which he showed the most interest: math, chemistry, physics, and computer science. It was perhaps the same reason why Professor Jerald Posman, senior vice president and chief operating officer at Medgar Evers College, called him the “Mozart of Chemistry” after testing 18 month-old Isaac’s chemistry skills. Around the same time, he had the privilege of visiting Washington, D.C., for an interview with VOA. Soon after his 3rd birthday, he had a rare opportunity to demonstrate his lemon-battery experiment to Kabat at Lehman College. However, we never imagined that this would pave the way to an interview with the President.

Meeting With the President

Miracles don’t happen every day, but it happened on April 21, thanks to Coico. Even in our wildest dreams, we didn’t imagine the president of one of the finest engineering and medical schools to spend over two hours interviewing Isaac, who just turned 4 years old. Isaac then solved some math and physics problems for Coico. He recited the entire periodic table and impressed the president further when he solved a quantum-chemistry problem by successfully deriving the electron configuration of oxygen. He used his lemon battery to light up a red LED bulb for Coico. Time TV already broadcast the interview with the title “4-Year-Old Einstein & President.”

Isaac loves science due to his affection for many scientists, including Sir Isaac Newton and Albert Einstein. Albert, my eldest son, always helped Isaac with math, physics, and chemistry problems. One day in February, Albert offered help as Isaac was stuck with a physics problem. However, Isaac declined the offer. “No thanks,” Isaac said. Albert replied, “You are so arrogant, like Donald Trump.” Isaac’s response was very surprising: “I’m not Donald Trump; I’m Sir Isaac Newton.” In fact, his dream is to earn his first doctorate in math from Cambridge University due to his love for the father of physics, who was a math professor there. His affection for Einstein is even deeper, so much so that it led him to visit his home in Princeton, New Jersey, numerous times. This is why he decided to pursue his second doctorate in physics from Princeton University, where Einstein taught for over 30 years. He also wants to earn two more doctorates, one in chemistry (due to his affection for the periodic table) from Harvard and the other in computer science (from New York University) because he wants to learn how to better create physics simulations that demonstrate physical phenomena.

He wants to earn four doctorates because by age 40, he wants to solve four problems: String Theory, dark matter, quantum computing and making cold fusion a reality. From age 40 to his final days, he wants to work toward achieving one goal: creating a world where poverty and terrorism no longer exist. Recently, this ambitious 4-year-old made a swift transition from baby-SAT (a mock version of the SAT that helped Isaac prepare and which Albert used between ages 4 and 7) to the real SAT. “I’m engraved into studying for the SAT, which is my passport to Harvard,” he told VOA correspondents. It seems like Coico was able to read the mind of 4-Year-Old Einstein: “I think he will be the next Sir Isaac Newton and discover something big.”

Rashidul Bari was born in Bangladesh in 1979 and has been studying in the United States since 2000. He considers himself one-half servant of education and one-half writer. He has earned five bachelor's degrees, BA in political science, BA in economics, BA in mathematics, BA in computer science and BA in physics respectively, from three different CUNY institutions: York College, City College of New York and Lehman College, and a Master's degree from Brooklyn College. Recently he chose New York University over Columbia University as my graduate school because former offered a full scholarship. His first book, Grameen Social Business Model, gained international recognition. He is currently collaborating with Dr. Daniel Kabat on a book entitled Beautiful Mathematical Laws of Physics. Rashidul has a dream: he hopes to convince young people, especially young Muslims who have been bred to be politically and religiously passionate, to understand that there is something more important than politics: developing algorithms, solving mathematical problems, and discovering new technologies. His dream, he admits, makes even fiction seem tame. But he is more hopeful than ever that his dream will come true, because the co-author of his dream is his five teachers—Professors Jerald Posman, Mark Ungar, Michio Kaku, Daniel Kabat and Robert Wallace. Topics: On microcredits & social-business, to promote the United Nations' MDG #1: eradicate extreme poverty On education, to promote the United Nations' MDG # 2: achieve universal primary education On math & science, to put a spotlight on scientists rather than on political or sports heroes On politics, to promote peaceful solutions to conflicts—e.g., Israel and Palestine issue On religion, to promote secular policies such as separation of church and state

Do People Travel to the UAE for Addiction Treatment and Other Medical Care? 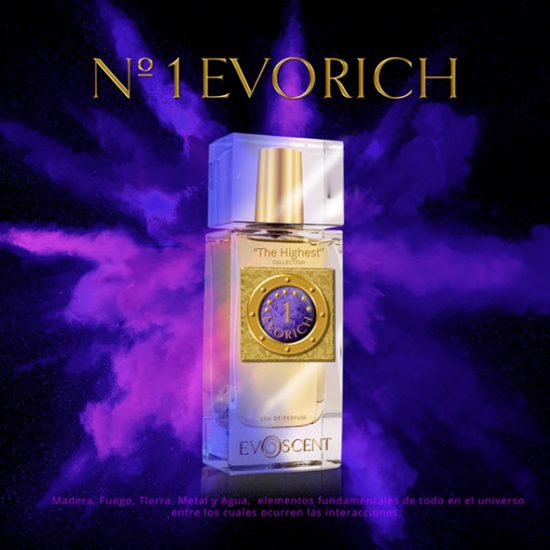